Part 2 of 7 Vacation Travel Ideas. Be sure to consider these as candidates for one of your coming vacations.

5. Turkey – at the Crossroads of Europe and Asia

Turkey has long held an alluring attraction for travelers the world over. Straddling the border between Europe and Asia, it is another exciting travel destination.

It has a rich culture and history. Like other older or ancient cities it shows in the variety of ancient ruins and unique structures that cross the landscapes.

There is the Black Sea to the north and the Aegean Sea in the west. Thed Mediterranean Sea is to the southwest.

Turkey is surrounded by Bulgaria and Greece to the west and Armenia, Azerbaijan and Georgia to the northeast.

Syria, Iraq and Iran are to the southeast. While geographically most of the country is situated in Asia, most locals in Turkey consider themselves to be Europeans.

Turkey is slightly larger than Texas, and is more than three times the size of the United Kingdom.

The variety of terrain and particularly the diversity of its plant life, makes Turkey exhibit the characteristics of a small continent.

For example, there are some 10,000 plant species. That’s compared with 13,000 in all of Europe. One in three species is native to Turkey.

In fact, there are more species in Istanbul Province (2,000) than in the whole of the United Kingdom.

Many people know of Turkey’s rich archaeological heritage. However, it has an equally valuable array of ecosystems.

There are peat bogs, heathlands, steppes, and coastal plains. About a quarter of Turkey is forest. Half of the country is semi-natural landscape that has not been entirely remodeled or destroyed by man. 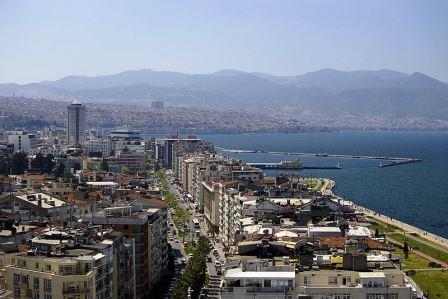 Turkey is an unusual mix of the west and the east. In simple terms, Turkey is the most oriental of western nations.

Turkey’s Influence in the Area

Depending on one’s point of view, it is the most occidental of eastern nations. One thing common to all of the country is Islam. That’s the faith of the bulk of the population.

However, interpretation of it varies vastly across the country. The knowledgeable traveler should remember that when traveling into or around Turkey.

There are several holidays to keep in mind, as they can cause delays in travel. They also cause traffic congestion, booked up accommodations and crowded venues.

Banks, offices and businesses are closed during official holidays. Traffic intensifies during many of the holidays. So do your research before you visit.

Don’t be put off by these holidays, its often quite interesting to travel during Turkish holidays. Just plan ahead as much as possible.

Trekkers who make their way to Turkey may be overwhelmed with all the options. The Cappadocia region being the most popular thanks to its low degree of difficulty and unusual landscapes.

If you’re looking for more of a challenge you will want to check out the Taurus or Kackar Mountains. They offer a much more difficult terrain and higher altitudes.

Mountaineers will find a variety of peaks to tackle. That includes the famed Mt. Ararat, the reputed final resting place of Noah’s Ark.

If you like to backpack, you will love the over 300 mile long Lycian Way. It wanders along the Mediterranean coast. There is also Sea kayaking, diving, and snorkeling in the waters of the Mediterranean. That will round out a very active visit.

More to Visit and Experience

Travelers to Turkey will find a wealth of things to see and do. See and visit the dome-and-minaret filled skyline of Istanbul.

There are Roman ruins along the western and southern coasts. The coastline has the mountainous backdrop of Lycia and wide sunny beaches of Pamphylia.

There are the cold and snowy mountains of the East to Middle Eastern-flavored cities of Southeastern Anatolia.

See the green misty mountains of Eastern Black Sea to wide steppe landscapes of Central Anatolia. Visitors of Turkey will find there is something for everyone’s taste. That’s whether they are traveling on an extreme budget by hitchhiking or by a multi-million yacht or anything in-between.

A few Popular Destinations in Turkey you Might want to Visit

Located in South America, Ecuador is bordered by Colombia on the north and Peru on the east and south. There is the Pacific Ocean to the west.

Its main language is Spanish. It and Chile are the only two countries in South America that do not have a border with Brazil. Ecuador also includes the Galápagos Islands in the Pacific.

Guayaquil is the country’s largest city. Quito is the second highest capital in the world with a well preserved colonial center.

Many cities and sites in Ecuador are listed as UNESCO World Heritage Sites. Such cities and best known places are the Galapagos Islands, and the city of Cuenca.

The historic center of Cuenca, the third largest city in the country in size and economically, was declared a World Heritage Site in 1999.

Its an outstanding example of a planned inland Spanish style colonial city in the Americas.

Ecuador is home to a great variety of species and is perhaps the most bio-diverse country in the world. The Galapagos Islands are justly famed for their wildlife.

But there are also lots to see on the mainland. This species diversity makes Ecuador one of the 17 mega diverse countries in the world. There is great variety in the climate of Ecuador, mostly determined by altitude.

There are Highlands, Mountains, and the Amazon Basin 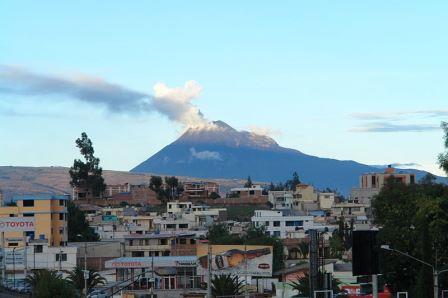 It is mild year-round in the mountain valleys. In coastal areas it is humid subtropical climate and rainforest in lowlands.

The Pacific coastal area has a severe rainy season and a tropical climate. In the Andean highlands the climate is temperate and relatively dry.

The Amazon basin on the eastern side of the mountains shares the climate of other rain forest zones.

The capital city Quito has lots of history. You can walk downtown, enjoying the beautiful colonial buildings.

There is also the cable-car which takes passengers from the highest mountain in Quito to see the whole city from high above. In Guayaquil, an excellent place to visit is the Malecón 2000.


Plenty of things to do and Generally Low Prices

They have food, shopping, boat rides and a beautiful view of the river. Prices are quite low. However, almost everything there with any sort of brand name is a knockoff, so beware.

Electronics, however, are expensive. The area is very well patrolled and quite safe. If you like outdoors or extreme sports then Baños is the perfect city for you.

It offers rafting, mountain climbing and backpacking excursions of all sorts. It is also possible to get an English speaking guide.

Ibarra and the whole Imbabura province, is about a 90 minute ride from Quito. They offer many touristic activities such as community tourism, rafting, swing jumping, and kayaking.

Also trekking, and other adventure tours are available plus indigenous visits. Recommended places in Imbabura to visit are Ibarra, Otavalo, Intag and Cotacachi.

Montanita Town on the coast is about three hours from Guayaquil. It is a growing town with many particularities which makes it great place to visit.

There is Goog Beach and some incredible surroundings; the people, great nightlife, and surf. Here you’ll find many people who live in the town permanently that are from all over the world.

Here are a few popular destinations in Ecuador you might want to visit:

The largest country in North America by land area, and the second largest in the world, behind Russia is Canada. It is known worldwide for its vast, untouched landscape and its unique blend of cultures.

Canada is one of the world’s wealthiest countries and a major tourist destination. Much of Canada’s economic, cultural, linguistic and social characteristics closely resemble its southern neighbor, the United States.

However, there are significant differences as well. Those differences are French first language of many Canadians, mostly in Quebec Province. There are very few Spanish speaking, compared to the United States. Canada has about a tenth the population of the U.S.

Most of the large Canadian urban areas are within 124 miles of Canada’s border with the United States. Edmonton and Calgary being the only exceptions.

Visitors to most cities will most likely not have to endure the very cold weather. That you will find accompanies a trip to more remote northern or mountainous areas.

Summers in the most populated parts of Canada are generally short and hot. Summer temperatures over 35 ºC (95 ºF) are not unusual in some areas. Those are Southern Ontario, the southern Prairies and the southern Interior of British Columbia. 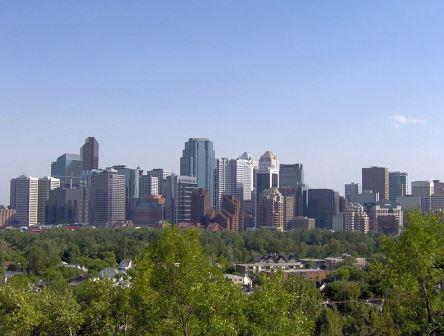 Toronto’s climate is only slightly cooler than many of the larger cities in the northeastern United States.

Summers in the southern parts of Ontario and Quebec Provinces are often hot and humid. Humidity is often low in the western interior areas during the summer.

But more cooling occurs at night. In the winter, eastern Canada, particularly the Atlantic Provinces, are sometimes subject to inclement weather systems.

They come from the US, bringing snow, high wind, rain, sleet, and temperatures under ?10 ºC (14 ºF). All told, the average temperature is typically colder in Canada.

Colder than in the US and Western Europe as a whole. So bring a warm jacket if visiting between October and April. Also if visiting hilly/mountainous terrain or Northern areas.

Visiting Canada all in one trip would be a massive undertaking. Like the United States, there is just too much to take in in one visit, even if you are there for months.

You can consider Canada in a half dozen regions and thus target your visit to one or maybe two specific regions.

A Short Rundown of the Eastern Regions in Canada:

Other Regions in Canada:

Have you been to any of these places?   If so, add your insights below about these interesting vacation travel ideas.

There are many cities in Canada, all well worth visiting, including:

Calgary — A boom-town, Calgary is a major Canadian financial city, but also offers the world-class Calgary Zoo, the Calgary Tower, the Calgary Stampede, Glenbow Museum, shopping, and is just a short distance from the Rocky Mountains.

Montreal — Once Canada’s largest metropolis, Montreal is the core of North America’s French culture (you can still get by with English) and is home to some of the finest galleries, museums, venues, and festivals in the country. There is great shopping and Mount Royal.

Quebec City — The Province of Quebec’s capital, it is a quaint Old city. There’s the grand winter festival and gorgeous architecture like the Chateau Frontenac. 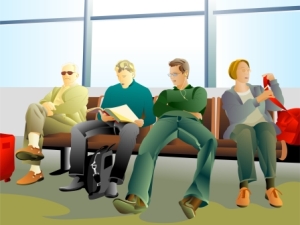 Vancouver — The city is one of the most densely populated cities in Canada, Vancouver is a city of steel and glass condominiums and outstanding natural beauty. One can ski and sit on the beach in the same 24 hours like you can do in Southern California. The city hosted the 2010 Winter Olympics. Vancouver is frequently ranked as one of the most livable cities in the world.

Winnipeg — This city is near the heart of the continent and has a rich French-Canadian and First Nations culture, along with well-preserved historic commercial buildings. It is renowned in arts and culture.

There it is; seven great destinations. Each will fill your travel itinerary with plenty of adventure and excitement.

If you’ve never thought about visiting any of these countries I advise you to learn more about each of them. Then consider adding one of these vacation travel ideas as your next travel destination.

If you already live in one of them, renew your vows to see more of your own country. It most certainly has many attractions and enticements you’ve never taken advantage of.

Charles is currently selling most of his hand-selected domains at Domain Sam.