United States Cities and its Attractions – City or Country

In this section we will be highlighting some of the cities that have attractions you should know about and visit if you can.

Many, if not most of us in the United States live in a city or town. There are hundreds of United States Cities and surely well over a thousand attractions in both city and country.

However, many of us don’t venture to other places in our country as much as we probably should.

When we think of travel many of us automatically think we have to go out of the country. But that’s not true. Yes we can and most certainly do visit other countries.

But sometimes neglecting some of the attractions that are local. Also often there are attractions to visit in adjoining states or a few hundred miles away.

There’s more to California than just movie stars and Disneyland. This is a state that boasts a large number of stunning natural attractions, including beautiful beaches, serene deserts and majestic mountains. California is also home to a number of exciting major cities, charming towns and to some of the world’s best wineries.

If you live in a high population state like California there are probably hundreds of attractions within a day’s driving distance.

That’s not counting any cross country attractions or other interesting travel destinations. Places a day, or day-and-a-half’s drive away. Some maybe even just a couple of hours away by plane.

The following tips are excellent for cross country driving. I’ve done it at least a half dozen times over the years. My trips were from Southern California to Chicago Illinois or St. Louis Missouri.

7 Tips for Driving Across USA in Four Days

In this video we discuss 7 tips for driving across the USA in four days. We recently made the cross-country trip twice in a month and learned a few lessons the hard way! We’re Kyle & Olivia – two millennials that decided we’d rather travel fulltime in our vintage camper than work endless jobs in the service industry. After a year of planning, we began our nomadic journey in September 2015.

Vacations or weekend travels to some of these cities and places can be a grand experience. Many offer activities and places for children. Best of all it’s all right within the USA. Which means, among other things, the travel expenses are minimal compared to going to other countries.

In any case you will find untapped adventures and places to explore within a few hundred miles of your own home, often within driving distance or a short plane hop.

From Southern California I’ve easily Driven to Nevada and Arizona

Take for example myself. I live in Southern California. I’ve driven to Las Vegas many times; it’s slightly less than 300 miles from my door.

I’ve also flown there and it’s less than an hour from the airport to Vegas. But travel time to the airport, Ontario International Airport, can be a hassle. Depending on the day and time.

Las Vegas is great, lots of attractions and places to go, including Bolder Dam. Arizona is right there next to Boulder Dam.

There are a lot of Americans who are fascinated with traveling to Europe. Can you blame them, Europe is beautiful with a rich history and stunning old architecture. HOWEVER (and that’s a big however), the United States is home to extraordinary beauty as well. What it lacks in the historical/cultural department (compared to Europe) it more than makes up with its diverse and stunning natural beauty. From the beaches of Florida and the deserts of Arizona to the rugged peaks of California and the rain forests of Hawaii, there is hardly anything you cannot find in the United States. So if you are itching for travel, consider a trip around America. In fact, we humbly suggest you check out these 25 Beautiful Places In The United States You Need To Visit Today.

But you know something, I can just as easy, even easier, take State Highway 74. It is less than a mile from my house. I take it and drive down to San Juan Capistrano and the Pacific coast beaches.

Or drive a bit further to San Diego, San Diego Zoo, and a myriad of other places. All within maybe 90 minutes maximum and have an enjoyable time. That’s with far less cost and less preparation and a nice drive (but not during rush hours).

Heading another direction I can go to Los Angeles. There are tons of attractions and things to do there going west instead of south.

Or as I’ve done many times head east to the desert and Palm Springs and those desert cities. Even heading north, then east the drive to Arizona and beyond is definitely not out of the question.

The Top 10 Largest US Cities by Population

Thinking about moving to a big, skyscraper-lined city? Start packin’ those bags! From the boroughs of New York City to the shores of San Diego, there’s a large metropolitan area to fit every person’s unique wants and needs. If you’re having a hard time deciding which big city is right for you, take a look at the 10 largest U.S. cities by population, as reported by the World Population Review.

I have done that many times. The last being about a year ago when I drove thru Arizona and stopped at the meteor creator. Then a bit further the Grand Canyon.

Not too much further to New Mexico and stop in Albuquerque New Mexico. Continuing later on to Colorado, to the Denver area, the final stop where my son lives. That’s about 1100 miles and a beautiful drive if one is not in a hurry. 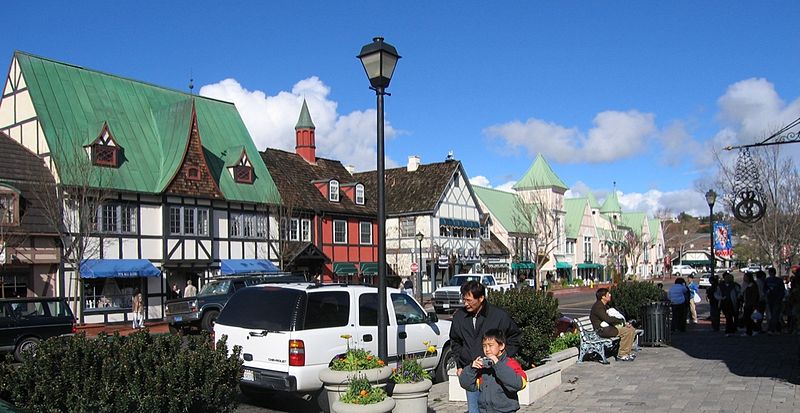 Even when I lived in Pasadena California trips to interesting places and attractions were a frequent thing. I drove to San Francisco many times.

Beautiful Santa Barbara is on the way, beautiful Monterey bay and other interesting places were stops I couldn’t resist. One could check out Solvang, the beaches near Vandenberg AFB, Santa Maria, and way before that the beach at Zuma Beach outside Los Angeles in Malibu. So many places, so little time.

As one of the largest and most diverse countries in the world, The United States boast an amazing amount of travel destinations ranging from the skyscrapers of New York and Chicago, the natural wonders of Yellowstone and Alaska to the sunny beaches of California and Florida. Here’s a look at the top tourist attractions in the USA.

You can do the same thing no matter where you live. You can always take a road trip, even on a weekend. You can find enjoyable places and activities all over the USA just awaiting your arrival.

Some of these cities and places to go will interest you. And who knows, it could be one of your next exciting travel destinations.