Maui Hawaii: A Natural Wonderland of Hawaii and a Great Getaway Place

The natural beauty of Maui Hawaii covers the whole island from beyond the beaches to the lush mountains. Even the clear ocean surrounding the island is a wonder in itself.

Maui boasts Haleakala National Park which has been ranked one of the top national parks by Consumer Reports.

Another view of Maui, Hawaii via our DJI Phantom 3 Professional drone from August 30 – September 10, 2016 in 4K. Had my first drone close call. Did not notice a wire over Honolua Bay. I descended the drone about 30 feet from the cliff overlooking the bay. Good thing I descended. I never saw the wire until I viewed the video back at the condo. I flew just under it. Check out 5:53.

If you enjoy hiking then you’ll enjoy the park’s 32 miles of marked hiking trails. But whether you hike or not this is a park you won’t want to miss.

Visitors to Maui experience a natural wonderland filled with lush foliage and topped with a dusting of snow. The unique natural features of Maui enchant malihini (Hawaiian for visitors) at every turn.

Maui Hawaii is a great getaway place, away from the hustle bustle of cities in the continental U.S. or Canada.

Top 10 Things To Do In Maui Hawaii

n this video we are talking about our top 10 favorite activities (in no particular order) to do in Maui Hawaii. From the Road to Hana to our favorite beaches, we take you all over the island of Maui to show you our favorite spots.

Maui is blessed with a wide variety of landscapes, all of which resulted from a unique combination of geology, topography, and climate. 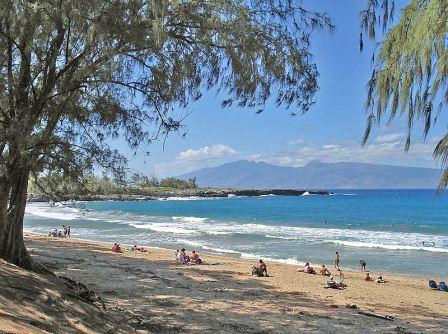 Haleakala National Park is an ecological wonder you should not miss. Between the snow crested summit and the ocean’s edge, the park contains many different smaller microclimates as varied as a high lava desert and a rainforest. Rare tropical plants and endangered birds have found a safe haven in this Maui paradise.

Many Maui visitors consider viewing a sunrise at Haleakala a special treat during their stay. The stunning sunrise view from the summit being popular among tourists causes many to make a special effort to see it. The journey to see this stunning sight begins in the middle of the night to ensure arrival before sunrise.

With temperatures at the summit often below freezing, visitors should plan ahead by bringing warm clothing, jackets and blankets. The best sunrise view is outside, but the small shelter onsite is warmer although crowded. On clear days, the shelter’s 360-degree windows allow visitors to view islands neighboring Maui.

Another natural Maui land form, the famous Iao Needle, rises 1,320-feet from a misty jungle setting in Central Maui. A short walk from the parking lot of the Iao Valley State Park leads to a viewing stand with the most dramatic view of the Needle.

It is a sight that remains locked in the memory of visitors to Maui forever. A hike into the valley leads through stands of giant tree fern, past roaring waterfalls and along orchid lined streams.

Any visitor to Iao Valley will agree that Maui Hawaii is truly a paradise on earth. I don’t know about you, but when I visited Maui I fell in love with it. If it wasn’t such a small place compared to my almost native California, I would love to live there.

For me it would be a great place to own a condo for summer vacations or a vacation home. And it’s not just me, for there was sort of a population influx in 2001 – 2002 from others moving there or retiring. Kihei was the town with the most population boom during that time period and experienced a 4.6% growth, one of the most rapidly growing towns in the U.S.

Two interesting natural formations are located in West Maui. The Nakalele Blowhole was formed by the ocean undercutting the lava shelf. Tides washing onto shore at this site slide under the shelf and spout water out of a man-sized hole in the lava shelf. The water show created by this effect varies based on the tide and the size of the surf.

Another unusual formation on Maui Hawaii is commonly known as Dragon’s Teeth. The lava in this area was light colored and has become bleached white in some areas. Salt spray from the ocean on the upwind side has carved the lava into shapes resembling large teeth. 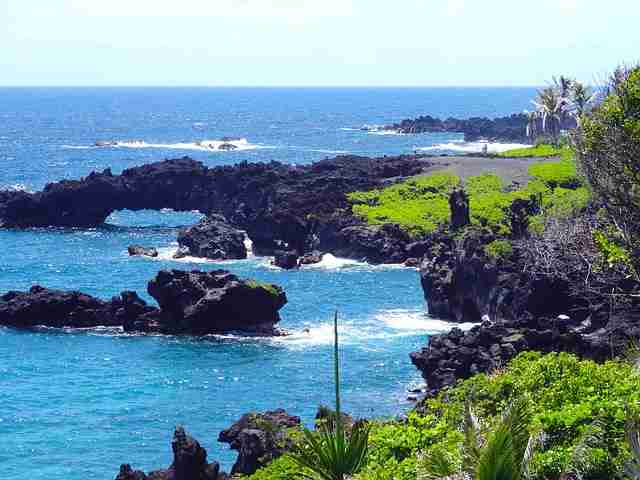 In addition to outstanding land features, Maui is known for the beauty of its seas. The ocean surrounding Maui is a coral reef lined haven for tropical fish. Snorkeling and scuba diving allow the best views of the underwater beauty of Maui. Two areas in Maui are classified as underwater parks because of their natural beauty.

The waters of Maui serve as the winter home of migrating Pacific Humpback whales. Whale watching on Maui peaks between January and April at Maalaea Bay. The best free spot on Maui to view the whales is McGregor Point. Closer viewing is available through whale watching boat tours.

From the peak of Haleakala to the whale filled ocean, Maui Hawaii offers visitors diverse natural beauty that is available nowhere else in the world. Even though Maui is a tropical paradise it has a diverse climate. The temperatures at the summit are cold; during the winter months a dusting of snow is not uncommon so warm dress is required.

The average temperature of Maui in the months of late February thru April is 73 – 74 degrees F, rising to 79 – 80 Fahrenheit in late September or early October. In the drier leeward areas of the island it is rare when the temperature reaches into the mid nineties, but may reach the low nineties several days during the year.

With all the beauty of Maui, the excellent climate, the varied landscape, the two volcanoes, the low unemployment rate, and its relatively isolated location as part of the United States, we feel that paradise is within reach. Just go to Maui Hawaii.