You are here: Home / Hawaii

A Hawaii vacation destination is a very popular one for American travelers. Destination Hawaii is also popular with people in other countries. But why, what makes this destination so wonderful?

For those of us who have traveled to Hawaii, there are many reasons to visit the state. We become muddled, answering only “What do you mean what’s so great about Hawaii?”

Well, here are a few things to keep in mind when you think of Hawaii. There are many wonders that make Hawaii such a popular travel destination.

Hawaii is Comprised of Eight Islands – the Biggest being Hawaii

Hawaii is comprised of eight islands. These islands are natural wonders. They were created in the middle of the ocean by underwater volcanoes. Long ago as the magma from these volcanoes cooled, they hardened into rocks.

There are hundreds of islands in Hawaii spread out over 1500 miles. The main Hawaiian Islands, however, are Kauai, Oahu, Lanai, Niihau, Kahoolawe, Molokai, Maui, and Hawaii. The big island Hawaii is the largest. It is sometimes called that, “Big Island”.

Hawaii is the only U.S. state made up entirely of islands. It is a popular destination for tourists and surfers. However, biologists and volcanologists all like these islands since it has something there for them too.

The Weather is more Moderate than Typical Tropical Areas

The climate of Hawaii is one more reason why the Hawaiian Islands remain a popular vacation destination. Weather is more moderate than typical tropical areas because of the cooling effect of the surrounding ocean.

In other words, the temperature and humidity are usually less extreme than other places such as Mexico and the Caribbean.

Another reason that Hawaii is preferred is because hurricanes are a rare occurrence on the islands. That’s compared to Mexico and the Caribbean which have frequent hurricanes.

This is important since you don’t have to worry about hurricanes disrupting your plans for a tropical holiday Some other island destinations have frequent or yearly hurricanes. 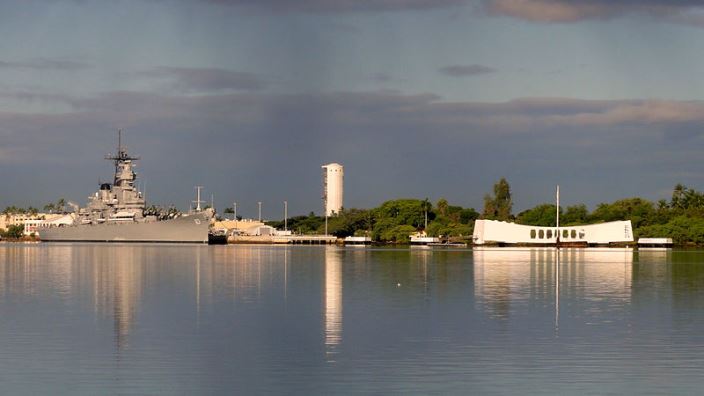 American Safety and Health Regulations are in Effect

Compared to many other tropical paradises, Hawaii is part of the United States. So American safety and health regulations are in effect. Unlike some other island and land destinations it’s OK to drink the tap water in Hawaii.

You can’t say that about Mexico, which is less than a hundred miles from my California home. You have to drink bottled water there. At least that’s the normal warning we have in Southern California. Also in Hawaii you still have all the rights and protections of a United States citizen.

If you or someone you are traveling with should suddenly need medical attention, you have access to regulated and state of the art medical and health care. Hawaii can be a real home away from home.

When people think of Hawaii, they think of the clear aquamarine water and clean sandy beaches. But what else could one experience in Hawaii?

Besides the amazingly pristine beach activities, Hawaii offers deluxe shopping. Shopping that is reminiscent of Rodeo Drive in Beverly Hills. That includes couture boutiques such as Coach, Gucci, Tiffany’s and more.

If you consider culture, the islands are rich in that and history. One way to experience the beauty of Hawaiian culture is to attend an old fashioned luau. One of the best traditional Luaus is Famous Germaine’s Luau in Kapolei Oahu.

You’ll not want to miss this luau. If it’s high traffic season be sure to make reservations in advance. While in Hawaii be sure to take in some American History by visiting Pearl Harbor. With so much to see and do, you won’t get bored.

Everything in Hawaii is more Expensive

There is one drawback in this otherwise amazing destination; that is cost. Since Hawaii is an isolated island chain, everything there is more expensive. As an investor I thought about buying a home there as a second home or for investment. But the prices of homes were just too high for me to justify it.

And I thought California real estate was expensive! Because Hawaii is the 50th state of the USA, there is no lower currency exchange like in some other island locations. You’re stuck with what the dollar will buy and usually that’s not much.

Thankfully, there are plenty of hotel and travel providers. They offer different travel packages and accommodations. Hotels and air flights can be on sale and are widely available. However, consumer products like food, souvenirs and sundries are expensive.

Food just for one person could cost anywhere from $50 to $100! That’s a lo,t so plan accordingly. One way to avoid some of the minor expenses is by making sure you pack all the sundries you can think of. Things like sunblock, Chapstick, sunglasses and such.

When all is said and done, however, Hawaii is a top destination for a number of good reasons. There is no better place to go for a tropical vacation. This is one island paradise you can enjoy. You will still be in the USA and have all the benefits you expect if you live here.

Charles Harmon is also writing on his personal blog.