The Volcanoes of Bora Bora

People who are adventurous will definitely appreciate the sight of the island and volcanoes of Bora Bora.

Records say that this island was formed by the increased volcanoes rising from the ocean bed of the Polynesian water. As a result, a giant coral reef was formed around the island.

It is said that the island may sink back into the ocean and be lost forever after millions of years. Later Bora Bora would be just a record in history.

Therefore something to be discussed by students, historians, and the archaeologists of the times who dig the truth out, assuming people are still around.

Our six day honeymoon vacation in Bora Bora, French Polynesia filmed in 4K. Here is a video aimed to capture all our memorable and meaningful experiences in paradise.

As of now, the island of Bora Bora exists and attracts many adventurous travelers from all over the world.

There are Lots of Visitors Despite a Big Possible Risk

Despite the risk of volcano eruption that can drown the whole island into the ocean at any unexpected moment people still visit.

Its because the attractive beaches and the friendly population force travelers to visit this beautiful place many times. Most of the tourists who visit the island are Americans, Japanese and Europeans. 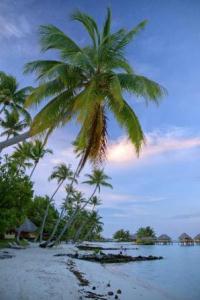 Another attractive spot is the two volcanic peaks, Mount Otemanu and Mount Pahia. They have erupted at the center of Bora Bora.

Mount Otemanu, which the natives call Tai Manu or Temanu (sea bird) stands 2,385 feet above the sea level. It is the highest peak on this island. The crystal clear water attracts the tourists to swim in the lagoon.

A Bit about the History of the Island

Mount Pahia, which stands near the Mount Otemanu is 2,159 feet above the sea level. These twin towers are a great sight to watch.

If anyone is interested to have a close look at the volcano, visit these twin volcanic peaks of Bora Bora.

It is said that Mount Pahia has a significant role in beginning the human race on this island. There is a myth that Ofai Honu who had been blessed by the God with extra ordinary power.

It mated with the cliff of Mount Pahia, later known as Hororai. A son was born to them and he was named as Firiamata O Vavau who became the first great chief of the island.

The island was named after his name as Vavau (First Born) which later came to be known as Bora Bora after the arrival of the European explorers on this island.

These two volcanic peaks have been in existent for quite a long time. Ignoring the giant coral reef, the beautiful beaches of Bora Bora is a good treat for tourists to enjoy snorkeling and scuba diving.

Fun apart, you should be cautious about the risk hidden below the water as well as the reefs. Both can be a great threat to your life, if you are careless. 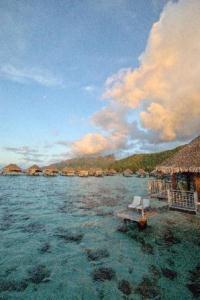 Over-water bungalows in Bora Bora are a major tourist draw.

The sight of the volcanoes of Bora Bora is not meant for normal visitors. If you are fearless and interested in exploring something unusual, then you will love to be in Bora Bora.

The volcanic siblings on this island are a good treat for the eyes and worth watching. If you are planning to go to Bora Bora in future, never miss watching these wonderful twin volcanic peaks which are the highlight of this unusual island.