You are here: Home / Crime / Crimes against Tourists in America

Crimes Against Tourists in America – What you Should Know

Crimes against tourists in America are not something we normally give much thought to. If you are thinking of traveling then probably more thought is given to it, but it is of less priority than other travel considerations.

Even though we know such crimes exist and if we are the travelers we may still feel relatively safe. We feel safe that is, unless we happen to be going into neighborhoods or areas where there is known to be lots of crimes.

Such areas are generally not the areas most travelers want to visit, however.

Crimes against Tourists can occur Anywhere – not just in the USA

Even though this article is about crimes against tourists in the United States many of these same problems and circumstances apply to other tourist places in the world.

So just be aware that even if you are not visiting a location in the USA, many of these might apply elsewhere.

Some of the crimes against tourists are beyond the scope of this short article, such as:

Nevertheless they do exist and we hear about some of these occasionally on TV. 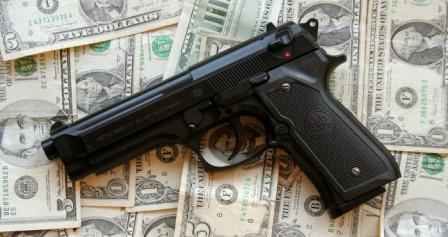 Some Factors Contributing to Crimes against Tourists

It produces more than $100 billion in revenues. It draws 57.2 million visitors to the nation each year.

However, growth in tourism has also led to increased opportunities for crime. There is indeed, a long-established relationship that exists between increases in crime and tourism.

Major economic crimes (e.g., robbery, burglary) in some highly popular tourism areas have a “similar season to tourism” for several reasons because tourists:

Tourist crimes usually involve one of these scenarios:

Crimes against Tourists can Impede Tourism

This has a profound effect on public perception of safety at particular locations.

Although theft is the most common crime against tourists, they are vulnerable to other crimes as well, including:

Tourists may unwittingly contribute to the problem crimes against tourists in America through excesses and dangerous practices in sport and leisure activities, some of which are:

Some of these three are routine “vacation behavior.”  Tourists may also contribute to their own victimization by;

Be Careful of these Actions

Also tourist attractions, beaches, and airports are all potential points of encounter for victims and offenders.

Venues such as bars and nightclubs can encourage heavy drinking and a sense of freedom from normal constraints.  Unfortunately tourists often are obvious by their dress. They carry items easily disposed of once stolen.

Tourists are temporary visitors and thus unable to put much pressure on police to act against criminals. Tourists are also unlikely to appear as a prosecution witness.

Tourist zones allow pickpockets, swindlers, thieves, gang members, and robbers to commit crimes they might not otherwise attempt or be able to accomplish.

Tourist clustering in the areas they often tend to be in can cause problems. It also affords terrorists opportunities to commit acts against large numbers of people.

Some tourist areas are also popular retirement areas, so the potential for crimes against the elderly increases significantly in those areas.

Be Careful of Tourist Locations 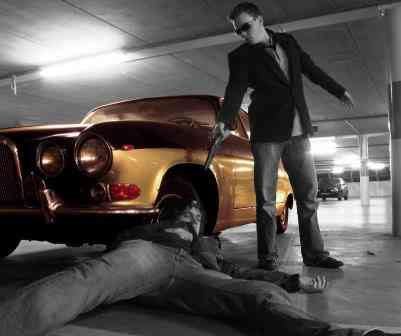 This is a little dramatic, but beware of crimes against tourists in America, even if you live here.

The physical characteristics of tourist locations may also contribute to crime. For example, a visitor staying in an older motel with a dimly lit parking lot, and no private security officers or video monitoring, might be at risk.

Doing such, possibly in an effort to save money, is probably not a wise move on the tourist’s part.

Tourist areas are characterized by anonymity and a high turnover of population, allowing offenders to easily conceal themselves.

Often in such areas the police have to deal with large increases in traffic volume and other routine work unrelated to crime.

In addition, many popular tourist locations are renowned for their scenic, isolated nature, inviting adventuresome tourists to explore remote surroundings.

This whole situation can be conducive to theft or other crimes to tourists.

Can Tourists be Offenders?

Although this won’t apply in most situations, it is worth keeping in mind. It is possible that tourists are the perpetrators of crime.

The normal conception is that tourists are the victims of crime, but it could be the other way around.  For example, they may riot at sporting events, or cause disturbances on aircraft.

They may also solicit prostitutes, buy illegal drugs, or smuggle goods out of the country. Furthermore, terrorists may pretend to be tourists (to target legitimate tourists).

So yes, tourists can be offenders in unusual situations.

Also consider more situations or actions to help reduce potential crime against you as a traveler. Even if you live in the USA it pays to be aware of some of the above mentioned situations.

Crimes against tourists can also happen to citizens and others who live here in the U.S. and travel within the country.  It’s not just a situation for foreigners to be aware of.

Become more aware of your surroundings and the people around you.  Some of these crimes against tourists in America can be minimized if you and other travelers are one less victim.