You are here: Home / Visa and Passport / Customs Regulations

Be Aware of Customs Regulations on Items coming Aboard Flights

During September 2006, the Transportation Safety Administration (TSA) changed customs regulations. They declared a new rule that certain items should be avoided carrying while you travel to certain foreign countries mainly to Asia. It is a very risky place where several illegal activities and crimes keep happening.

In 2011 when there are even more threats of passenger safety coming from many parts of the world. It is even more important now for you to be aware of what you can and cannot take aboard a plane.

Don’t take chances. Be sure to check what’s allowed before you pack your bags and what’s prohibited. What was true in previous years of what is allowed on the plane may not be true now since it is more restrictive.

Don’t take chances with customs regulations and “laptops.” Some items you may not consider laptops because they are called something different like “Netbook” “iPad” etc.

Maybe you have a palm sized computer and don’t consider it a laptop, but TSA does, so watch out and know beforehand whether your palm size computer is considered a laptop. If it is you will likely have to put it in a separate tray when you get on a flight.

The TSA has made a slight change in customs regulations concerning the rule for carrying things while traveling on flights. The ban on carrying gel, liquid and aerosol in one’s luggage has been changed. You are permitted to carry such things in three ounce or lesser quantity in small containers which have to be packed well in small plastic containers before you place them in your luggage. 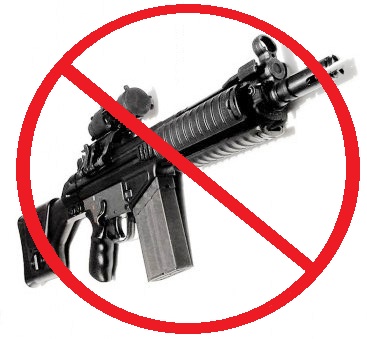 Customs regulations FORBID carrying these weapons on the plane

In certain countries, especially in Asia, customs are highly alert. If you are careless in packing your luggage or you don’t go by the rules made by the TSA, then you will have to face a lot of problems.

It is better that you pack your luggage carefully and check it yourself before you leave to the airport. By doing this, your things may not be confiscated by the customs.

However, do not be surprised if customs confiscate your things even after you have checked your luggage thoroughly.

Keep Abreast of Changes of What’s Allowed to be Carried

From September 11th, there was a change in customs regulations rule which the customs and the other staffs in the airport began to follow. The baby products, breast milk, and medicines along with prescription were not forbidden to take with you while traveling on international flights. The necessary toiletries and certain hygiene products are being allowed to take with the passengers on flight. Those who require more than the normal quantities of certain things can inform the airline. This is for reducing the level of risk involved in carrying such things on flight.

You should be careful when you take such cosmetic and hygiene products while traveling on flight. Avoid taking larger quantities of certain cosmetic items. This is to ensure not only for your safety, but also for the entire passengers and crew on the flight.

TSA allow six stipulations, you can carry certain things like juice or any food or drink for the child. Also you can carry all medicines along with prescription.

Things that are used after surgery like prosthesis, mastectomy and bras that contain saline or gel. The gels that are used for cooling the medicines, insulin are allowed.

So are nutritional drinks such as Equate or Boost. Air travelers should make sure to inform at the checkpoint about the things they are carrying in their luggage.

Know How and What to Pack and Carry on the Plane

If you fail to do so, your things will be confiscated or taken away from your possession when your luggage goes through further inspection. You should be aware of the things that you are allowed to carry in your luggage while on flight.

Pack your luggage accordingly to avoid customs regulations trouble when you go through the inspection by the customs and the security at the airport. Learn the important customs information that will be required to be followed while traveling on flights.

That can prevent problems and allow a peaceful vacation. Note that regulations change occasionally. In fact this coming April 2013 regulations will change to allow certain types of knives to be allowed on planes. Of course this upcoming change will make some people unhappy.

Charles is heavily into creating colorful websites. He also is managing a comic site still under construction.