You are here: Home / Travel Destinations and Quizzes

Travel Destinations and Quizzes for Fun and Challenge

Many of us travel but often don’t really know much about the places we visit.

Travellistics has many articles about interesting travel destinations and quizzes you might want to try.

There are some insights you might learn about. Here is a short story of an incident that happened to me.

Tourism is important, and in some cases, a vital source of income for many countries. Tourism has become a popular global leisure activity.

After slowly recovering from the slowdown resulting from the late-2000s recession, tourism suffered a strong slowdown.

It was from the second half of 2008 through the end of 2009 due to the outbreak of the H1N1 influenza virus.

However, international tourist arrivals surpassed the milestone of one billion tourists globally for first time in history in 2012.

The world has over 5,000 different languages, including over 20 languages with 50 million or more speakers. Travel can bring you into contact with any of these.

If you live in the United States or any country that speaks English you are probably at an advantage language-wise. That’s because so many other countries also have people who speak English.

Language and Surprises in China

Back then when I went to China in the very early 80s it was called Mainland China by the people I knew and was in business with, as opposed to Taiwan.

My partner and I had an office in Hongkong. I went to china several times. I thought I’d be at a big disadvantage because I didn’t speak Chinese.

Yes it was very difficult to make friends there, but I really didn’t have too much trouble not knowing the Chinese language.

China has Many Languages

While staying in Hongkong that’s when I learned there were over 80 different languages in China. So I didn’t feel so bad because no one could expect strangers to speak the different dialects as they traveled throughout that country.

As a matter of fact, once I was totally shocked as far as language was concerned. It happened when a business partner who was Chinese, and I went from Hongkong to Kwangchow (Guangzhou) on a slow boat to China.

When we arrived at the immigration area we saw a long line of people waiting to be questioned and baggage examined.

This was the very early 80s and China had not been opened to Westerners or others outside of China for very long. All I could see everywhere were Chinese.

I was the only non-Chinese to be seen.

My second surprise was when one of the Red Guards came up to me and my partner. He singled me out and told me to follow him.

My partner had to stay at the back of the block long line. The guard, rifle and all, led me to the building where I noticed the inspectors ripping suitcases and other baggage apart.

They didn’t do it nicely, but forceably tore open a lot of bags and luggage.

I didn’t say a word as I followed the guard into an empty room. Then to my amazement he started questioning me in English. Everyone I heard speak was speaking Chinese, but him. As he questioned me I was amazed at his grasp of English.

It was truly the most perfect example of English I had ever heard. It was better than most people here in the U.S. speak. 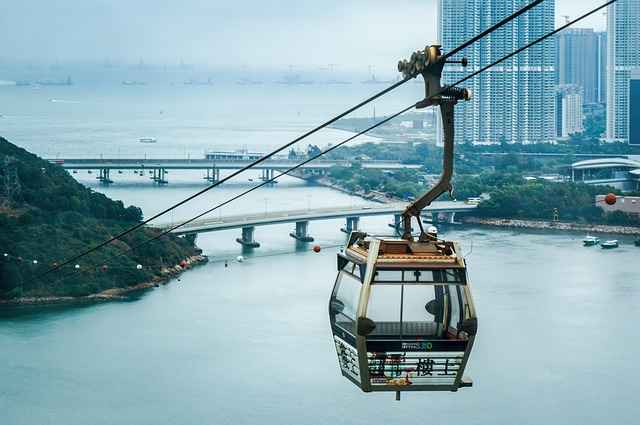 I was Singled out and Interrogated!

He asked me what I was doing in China, where I went to high school, did I go to college and a lot of other questions, all in perfect English.

We actually had a nice short conversation. He asked me what I had in my bag and I told him it was a gift for the person who was to give us a tour of a potential factory we were hoping to make some goods for us.

I had some expensive silk cloth since I was told that was an appropriate gift. It was normal for business people to give such gifts in China. 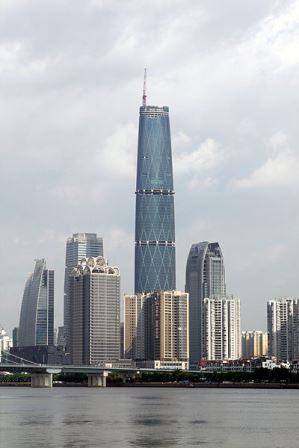 My Partner got Shafted and had to Wait an Hour in the Hot Sun!

While I was being questioned in the cool building my partner was standing outside in that hot sun and at the end of that long noisy line for about an hour.

The Chinese guard (I think he was a soldier since he and the others had rifles and the uniform looked like a soldier’s uniform) and I talked for about ten or fifteen minutes.

Surprised, I felt at ease even though all around me there were soldiers with rifles.

After questioning me the guard told me to go sit down on a bench and wait for my partner. I waited about an hour and finally my partner got to the front of the line and his luggage was inspected.

I felt badly that I was given the royal treatment and my partner who was Chinese was not. When I asked why I was singled out my partner told me the Chinese liked minorities since the Chinese were considered sort of a minority too.

That was in the early 80s, but I don’t know if that same feeling exists nowadays.

When Traveling Expect the Unexpected

So when traveling you never know what lies ahead. It may well be the unexpected. Just as I was shocked to find a soldier in China that spoke better English than a lot of people here in the USA.

However, later that day I was again surprised when the person we met arrived in a Mercedes.

It was an old one to be sure, but back in those days there were very few cars around that we could see. We saw no other expensive cars at all.

Everyone we saw were walking, riding bikes or pulling some sort of non-motorized rickshaw. It turned out that we were chauffeured around the city in that Mercedes.

That wasn’t the end of the royal treatment since we visited a couple of factories, had a tour around the city and treated to a several course meal at a nice restaurant. Will the surprises never end when traveling?

In this section you will find quizzes. They may range from easy to hard. We hope you enjoy them. There will be some quizzes with links to some of the articles so you can be more informed.