You are here: Home / Ecuador / Quito

At an altitude of 2,850 m or 9,000 ft in a high valley at the base of Mount Pichincha, Quito Ecuador(full name is ‘San Francisco del Quito), the historic center of Latin America, was founded on the ruins of an Inca city in 16th century.

It is the capital city of Ecuador, situated in South America. If one wants to see the transcendental and unique work of nature and man together, Quito is the place to visit.

With a population of 2,239,191 in 2011 Quito is the second most populous city in Ecuador, and it’s the new economic capital city in Ecuador. It is also the capital of the Pichincha province and the seat of Metropolitan District of Quito. In 2008, the city was designated as the headquarters of the Union of South American Nations.

Quito Ecuador has been built on a land that is traversed by two ‘quebradas’ (deep ravines), and occupies a small basin formed by Pichincha volcano, Puengasi ridge, and other ridges. The streets are aligned on the cardinal points of the compass. The city itself is mostly laid out in rectangular shapes.

The Baroque School of Quito

An outstanding example of ‘Baroque School of Quito’, this city excellently portrays a combined European (Italian, Flemish, Moorish, and Spanish) and indigenous art.

That is the Church and Jesuit College of La Compañía and the monasteries of San Francisco. Also Santo Domingo are fine examples. La Compañía, with its gold altar, is probably the richest church in South America. 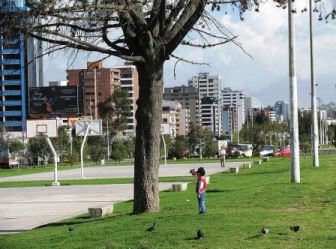 Long before the Spanish conquest, the inhabitants, called ‘Quitus’, lived in this town—the capital of the Incas and Seyris. In fact, the name ‘Quito’ is derived from this very word ‘Quitus’.

In 1533 AD, the town was ranked a Spanish city when its possession was taken over by Sebastian Sebastián de Benalcázar. Every year since December 6, 1534, the annual celebration takes place with the Fiestas de Quito.

With time, the Spanish settlement grew. The city became an asset of great importance. It became the episcopal seat. Afterwards, it became the place for ‘Audiencia Real’. It extended beyond the political boundaries of Ecuador. Until about 1830, Ecuador and Venezuela were part of Gran Colombia. Quito was the capital of a southern province.

One gets to see architecture that is modern and colonial, both. Even the neighborhoods reflect stratified economic conditions. They are clearly classified into two distinct categories, poor and rich.

Even though many earthquakes, mainly 1797 and 1859, had devastating results on the city, yet, till now, it has been best-preserved.

The ‘most-cultural’ city life is a mixture of indigenous and Spanish traditions. That is even though modern international life has influenced it. It gave it a multifaceted and rich backdrop. There are museums, theater, symphonic concerts, parks and recreation centers. Also there are multi-screen movie centers.

The climate of Quito Ecuador can be described in two words, Eternal Spring. Even though it is situated 22 km or just 13 mi from the Equator. With three snow-capped volcanoes, clear sky, and sun, it is spring season throughout the year. Basically, There are two seasons—wet (also called ‘winter’), and dry.

Other places to visit and enjoy in Banos are El Altar (extinct volcano), Tungurahua volcano, and paramos (high plains).