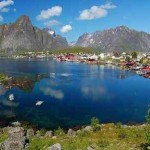 Norway a Land of Fjords and The Midnight Sun Situated in northern Europe in the northern and western parts of the Scandinavian Peninsula, the Kingdom of Norway (known as “Norway”), a Nordic unitary state, shares its borders with Sweden on the east. There is the Norwegian Sea on the west. Skagerrak Strait and North Sea […]