You are here: Home / Scandinavia / Norway

Norway a Land of Fjords and The Midnight Sun

Situated in northern Europe in the northern and western parts of the Scandinavian Peninsula, the Kingdom of Norway (known as “Norway”), a Nordic unitary state, shares its borders with Sweden on the east. 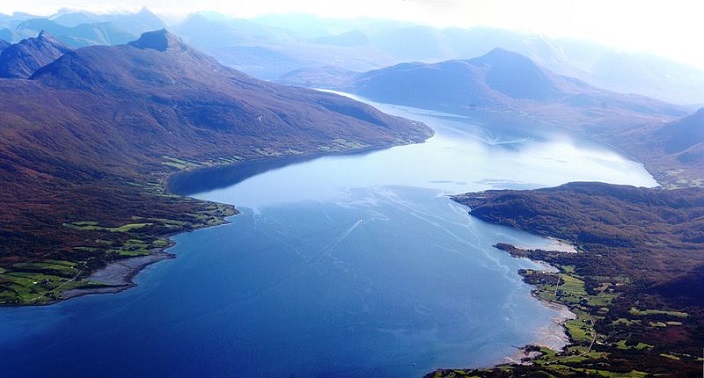 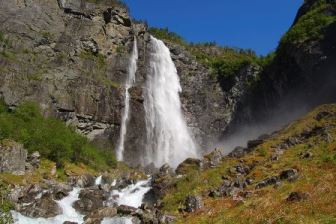 With a coastline up to 1,700 miles, Norway (the 2nd least densely populated country in Europe) covers a total area of 148,746 sq miles.

This is just slightly smaller, by about 12,000 square miles, than the state of California in the USA.

A majority of the population comprises of Germanic descents or Scandinavians. Others being Britons, Americans, Swedes, Danes, Pakistanis, former Yugoslavs, and Iranians.

Norway features a unitary parliamentary democracy and a constitutional monarchy. The king and queen of Norway is Harald V and Sonja. The country is divided into 19 “fylkers” (first level administrative counties). Each is headed and administered by a County Governor.

These counties are further divided into 430 “kommuners” (second level municipalities). Each is headed by a Mayor and executive cabinet. On May 17, 1814, Norway’s Constitution at Eidsvoll was signed declaring its independence from Danish rule. Since then, this day is celebrated as the Constitution Day. 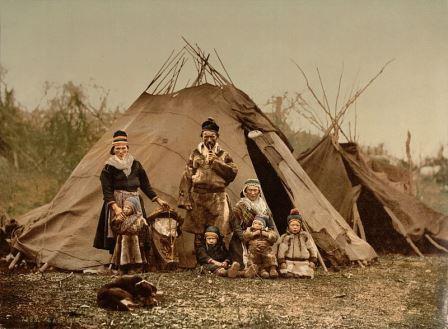 A Sami (Lapp) family in Norway around 1900. Click image to enlarge.

The most widely used North Germanic Norwegian languages are Nynorsk and Bokmal—official languages. Other than these two, the foreign languages (often taught in schools) are English, Spanish, Russian, Italian, French, German, Mandarin, Japanese, and Latin.

Norway is a Land of Fjords

Norway is a land of “fjords.” Geirangerfjord and Naeroyfjord are in UNESCO’s World Heritage list. Most visited is the Hardangerfjord famous for apple and cherry trees. Sognafjord is the longest fjord.

In Northern Norway, the “northern lights”—observed during late autumn and early spring above the Arctic Circle—is a common natural phenomenon. Between the same time, people/visitors enjoy 24-hour sunlight (during summer, sun does not set over Arctic Circle).

The legendary ugly, messy, and mischievous creatures are “trolls”. The locals believe that the trolls turn to stones when the sun shines. So they live in deep forests or caves. Even some of the places are named after trolls—Trollhatten, Trollheimen, Trollveggen, and Trollstigen.

It is evidenced that people came to this country during the pre-historic age. The oldest human activity was discovered on a hill in Ostfold County. Artifacts found show that those people lived in small groups and were hunters. Around 4,000 BCE, there was a transition from hunting to agriculture. Cultural relics of farmers have been excavated that belonged to the Bronze Age between 1,500 and 500 BCE.

When migrations were taking place in Europe between 400 and 550 ACE, the artifacts excavated in Norway stand proof that this country was also affected by these migrations.

Norway’s prehistoric period came to an end with the advent of Viking Age. That started with the looting of the monastery of Lindisfarne.

1130 ACE saw the start of High Middle Ages—consolidation within the Church. Development and emergence of townships and population growth started then. 1100s and 1200s saw the monarchial power grow.

Oslo was made Norway’s capital in 1200s during the reign of king Haakon V. Between 1319 and 1343, joint monarchy was shared by Sweden and Norway. 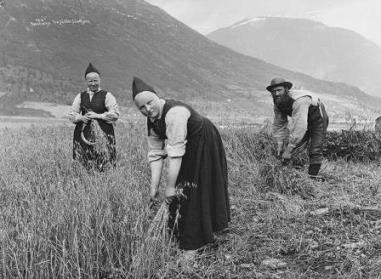 There was a severe economic depression in late Middle Ages due to plague and other epidemics.

Norway ceased to be an independent kingdom in 1536. In the 1700s, the rise of the middle class, sowing the seeds of national awareness, became discernible.

January 1814 marked the end of Norway and Denmark’s reunion of 434 years. The Norwegian Constitution was adopted on May 17, 1814 when Christian Frederik was chosen the Norwegian king.

Norway enjoyed economic buoyancy from 1830s—customs regulations and free trade. In 1840s, the foundation of modern industry was laid.

In 1854, the first railway line was laid between Eidsvoll and Oslo; new methods were adopted for agriculture and telegraph lines were erected.

On March 11, 1905, Prime Minister Michelsen’s government was formed. On November 18, 1905, Danish Prince Carl was chosen the king of Norway when he took the name Haakon VII.

In 1913, Universal Suffrage was given to women.

Though the depression of 1920 had affected Norway, a new upswing in the economy was noticed in 1932.

The Oil Age started in Norway around 1960s, with major production in the Norwegian Sea.

Loen, a small village on the Western coast of Norway. Photo by Aqwis/Wikipedia

Some must-see places in Norway are:

Other places worth visiting are: 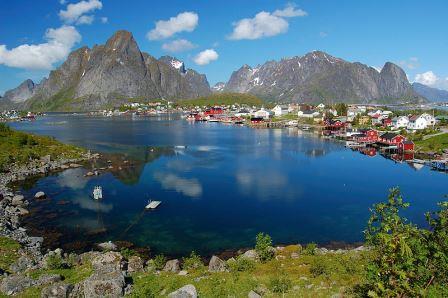 Sharing the same latitude as Siberia, Greenland, and Alaska, Norway is known as a wet and cold country. Still, the country’s “westerlies’” location (as compared to the three countries mentioned) makes its climate much friendlier.

From North Cape in the north to Lindesnes in the south, there is a variation of latitude—13°. The greatest variation is felt in the northern part of the country—summer months with midnight sun and winter months without any sunshine.

The local differences over short distances are due to Norway’s rugged topography.

Winter is between December and February and has two distinct features: 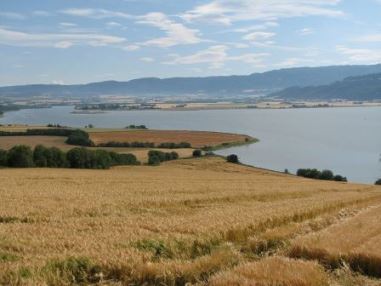 With 5 °F, the Finnmark Plateau is the coldest place. Exposed to Foehn-effect with strong southerly wind, the north-western part of Norway has summerly temperature.

Spring is between March and May with comparatively highest temperature in Ostlandet, the southern part.

Summer is between June and August with temperature between 68 °F and 77 °F. In northern Norway, the temperature rises above 86 °F because of midnight sun.

Autumn is between September and November with high temperatures in the coastal areas.

Large mountainous areas have annual temperature of 24.8 °F, sometimes, lower than this.

Norway faces Frontal (dominant throughout), Showery (dominant in summer when the temperature is very high), and Orographic precipitation.

Fridtjof Nansen (born in 1861, he was a scientist, statesman and Nobel Peace Prize Laureate), Roald Amundsen (born in 1872, he was a qualified seaman), and Thor Heyerdahl (Born in 1914, he is the author of “American Indians in the Pacific”). Both Nansen and Amundsen were cotemporaries.

Have you been to Norway?   If so, add your insights below about this exciting travel destination.

Stunning and dramatic scenery and landscape is found throughout Norway. The west coast of southern Norway and the coast of northern Norway present some of the most visually impressive coastal scenery in the world. National Geographic has listed the Norwegian fjords as the world’s top tourist attraction.

This is quite an honor. The 2012 Environmental Performance Index put Norway in third place, based on the environmental performance of the country’s policies. If you ever get a chance make Norway one of your must do travel destinations.