Seville Spain – a University Town and Pride of Andalucia

Spain’s fourth-largest city is Sevilla. Seville Spain is the main town of its province and capital of Andalusia. It’s a university town. Seville lies in a fertile plain on the bank of the Río Guadalquivir River. 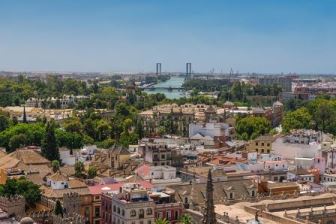 Skyline of Seville Spain from the top of the Giralda. Click image to enlarge.

Seville has rightfully earned its place as the capital of the Spanish region of Andalucia.

This is where you will find the most authentic version of the Andalucian way of life. 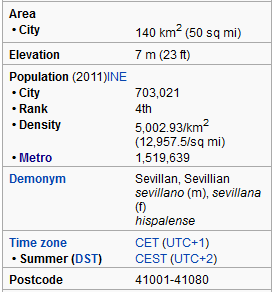 
Located on the Guadalquivir River banks, the city also stands as the cultural and financial hub of southern Spain. The city is a lover of festivals and has an undying devotion to the Catholic religion.

Perhaps, the most revered and intense events observed in Seville are the Holy Week (Semana Santa) and the annual Feria de Abril.

There are Lots of Landmarks

An exploration of Seville brings you to a sea of landmarks like Baroque buildings, palaces, churches, theme parks and art galleries. The city also houses several captivating museums, including the Fine Arts Museum.

There is also the Cathedral Museum and the Provincial Archaeological Museum. At city center lie some famous areas like the lively Campana Street, the rustic La Macarena district and the Triana district, which reflects the old seafaring tradition of the city.

A number of Seville attractions are situated in a charming neighborhood of Santa Cruz. Here, you can find structures, which are hailed as World Heritage Sites. The Cathedral in Seville is a great example of fine Gothic architecture.

It is a UNESCO World Heritage Site. The cathedral was finished in 1506. It features great works of art and an impressive interior. Some Moorish structures still remain in the neighborhood, such as the spectacular Giralda minaret and the Orange Tree Courtyard.

After exploring the cathedral, head over to Reales Alcazares Palace. The interior of this impressive 9th century fortress is embellished with Mudejar decoration, while its exterior is surrounded by lovely gardens reflecting both Renaissance and Moorish styles. A tour around the palace will let you discover lavish rooms, grand halls and romantic courtyards.

Immersing Yourself in its Distinct Culture

Just nearby is the General Archive of the Indies, which is one of the most significant document centers in Europe. Its precious collections mainly pertain to the New World conquest and the emergence of Spanish Renaissance art. Other places of interest are the San Telmo Palace, Casa de Pilatos, the Plaza de EspaÒa, and the Torre del Oro.

Another interesting place is the Museum of Art, nestled inside the Convento de la Merced building is where a great collection of pictures can be found. The museum is well-known for its 17th Century works of art.

Aside from visiting the landmarks, exploring the city means immersing yourself to its passionate and distinct culture. Learn more about the iconic Flamenco dance. Watch electrifying performances by visiting the Museo del Baile Flamenco and Al Arenal Cultural Center.

It has the liveliest nightlife in all of Andalucia. Bars and clubs are scattered everywhere in the city. But the most popular spots are Calle Betis, Plaza Alfalfa, La Alamede de Hercules and Isla Cartuja.

Some things to consider before planning a trip to Seville include the weather and accommodation expenses.

The city experiences extremely hot weather during the months of July and August. The prices for accommodation are considerably higher during times of festivals. If you decide to explore the city to its fullest, consider getting a Sevilla card.

The card provides you with some practical perks such as free admission to a number of notable monuments and museums. You also get unlimited use of sightseeing buses. Plus boat rides for a certain period of time. The card also allows you to get substantial discounts on shops, restaurants and shows. 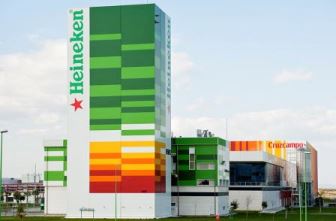 Seville was given titles by Spanish monarchs and heads of state throughout its history.

Charles L Harmon has some domain names for sale.