Messina Sicily – From BC to now, the Gateway to Sicily

From great year round weather, amazing landscape and a rich culinary heritage. Sicily is an Italian region that will engage its travelers to a wonderful escapade. Messina Sicily can be considered a gateway to this most interesting area. 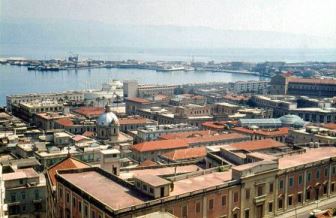 One of the cities that you will most likely visit while exploring this region is Messina. As the traditional sea gateway to Sicily, Messina is one of the region’s vibrant cities.

Messina Sicily is a Roman Catholic Archdiocese and Archimandrite Seat

Messina is the third largest city on the island of Sicily, with a population of more 240,000 inhabitants in the city proper and about 650,000 in the province. The city has been a Roman Catholic Archdiocese and Archimandrite seat since 1548 and is home to a locally important international fair.

The city was Founded by Greek colonists in the 8th century BC. This old city was almost entirely destroyed by an earthquake and associated tidal wave. That was on the morning of December 28, 1908. It killed about 60,000 people. It destroyed most of the ancient architecture. The city was largely rebuilt in the following year. It incurred further damage from the massive Allied air bombardments of 1943.

Messina has a light rail system that was opened on 3 April 2003. This line is 4.8 mi (7.7 kilometers). It links the city’s central railway station with the city center and harbor.

Situated on the Sicily’s eastern end, this provincial capital and coastal city boasts a thriving port and trade industry. Because of its location, it is also the main connecting port to the Italian mainland.

Some visitors just use Messina as an access point to other destinations in the region. However, if you take the time to explore the Messina, you will surely uncover its hidden beauty and hidden treasures. 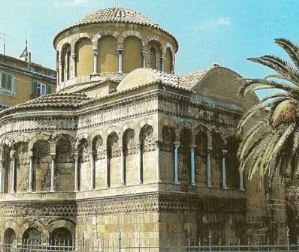 Church of the Annunziata dei Catalani.

The prized possessions of Messina are its architectural and religious heritage. These are reflected in the city’s iconic landmarks. Places such as the Duomo cathedral and the Chiessa SS. Annunziata dei Catalani.

You will find the Duomo sitting on a piazza (square) which bears the same name. This marvelous cathedral is the considered the center of the city. Explore the interior of the cathedral, which features a 17th century portal and a fortress-like style.

If you walk outside the piazza, you will discover the beautiful 16th century fountain called Fontana di Orione. The Chiesa is a church that has miraculously kept is 12th and 13th century architectural design.

That so, despite a deadly earthquake in 1908. However because of this earthquake, the church now appears to be sinking into the ground. That has now actually become part of its charm.

Another great attraction you should visit while in this port town, is the Regional Museum of Messina, which houses two of the splendid paintings of the genius yet controversial artist Caravaggio.

These paintings, namely Shepherd’s Adoration of the Christ Child, and the Resurrection of Lazarus, were created to help earn a pardon from the Pope for Caravaggio’s crime of murder. Unfortunately, the pardon was not granted.

Taormina is one of the main reasons why tourists come to Messina. This medieval village is situated on steep ground facing the ocean. Tour companies in Messina regularly organize tours to the village.

Another option to get here is to take one of the public buses that frequently run from the city proper to the village. Aside from the picturesque scenery and the well-preserved medieval character of Taormina, it also offers great shopping opportunities.

Stroll around the main pedestrian street and you will know why it is considered Messina’s shopping haven. The streets are loaded with shops, gift and craft stores, fashion boutiques and restaurants.

You will find a very large range of items sold here. While in the area, go for a hike to see the famous ancient Roman Theater, whose structure and architecture remain intact.

One exciting excursion to take from Messina is the one that goes to Mt. Etna. This volcano remains one of the most active in Europe. A tour around Mt. Etna will allow you to know more about and experience up close the power and magnificence of this natural landmark, that helps shaped Sicily’s culture.

Messina, Sicily, Italy. View from the ferry approaching on the Strait of Messina. Photo by Tango7174.

If you are a fan of the festive gatherings, then visit Messina around mid-August to witness the Ride of the Giants, locally called Passegiata dei Giganti. This mythical celebration usually takes place on August 14, and features two massive statues parading the city streets on horseback.

These statues represent the founders of the city according to famous mythology. The next day, the residents celebrate another festive event called Assumption holy day.

One of the attractions in Messina Sicily you definitely do not want to miss on your visit to Messina is the Orologio Astronomico, the largest astrological clock in the world. You will find this amazing attraction in the 197 foot bell tower located in the Piazza del Duomo.

The clock rebuilt in the 1930’s dates back to the 16th century. Try to get there by noon to watch the clock comes to life – more than worth the visit.