Rome Italy: the Eternal City is One City You Must Visit

Rome Italy, also known as the eternal city, nowadays shines thanks to its cultural, historical, and by all means religious wealth. From the Roman Empire to the Pope, Rome Italy is a city of myths and mysteries.

Although it does not admit too much because of its arrogance, everyone hides an enigma or secret from this archaic city. 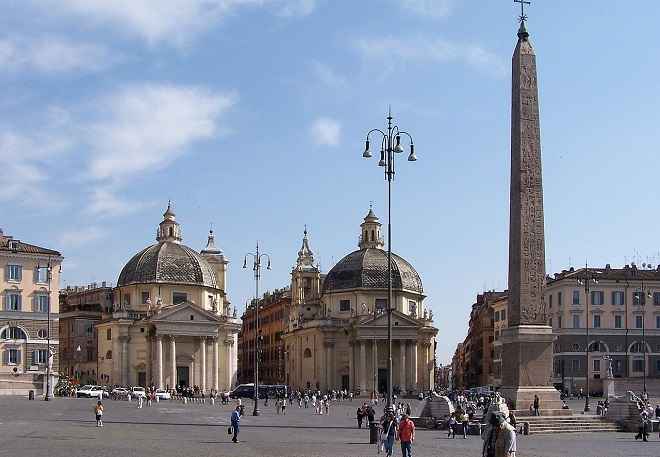 But it’s not only the myths and secrets concerning Rome that attract thousands of visitors year after year. The capital of Italy offers gastronomical delights, the latest fashion in clothes and design.

Good weather during almost the entire year is a great benefit. Rome Italy is one of those famous cities that you must visit at least once in your lifetime.

Some Facts about Rome – Capital of Italy

To stay a night in Rome, the best option is to rent a holiday apartment in Rome or stay in one of the original hotels in Rome. It is almost impossible to decide which are the most important places of interest for visitors, although there are some essential places, such as the Vatican.

Vatican City is the smallest country in the world. It is headquarters for the Roman Catholic Church. In order to thoroughly enjoy your visit, a guided visit is recommended. That way you may admire everything of interest without missing anything. Plus you won’t be disturbed by discussion from your tour guide.

Within the Vatican, you cannot miss the Cathedral of San Pedro and the Sistine Chapel, with Michael Angelo’s impressive frescoes on the ceiling.

You may also admire Michael Angelo’s frescoes in the rooms of Rafael. Those interested in history and religion should also visit the Vatican Museums.

A good alternative to the Christian and religious monuments of the Vatican is the Roman Coliseum. The Coliseum is one of the symbols of Rome and always makes a big impression on visitors.

The Coliseum is still very well conserved, and along with numerous representative illustrations of the historic activities, one can get a clear idea of what the gladiator fights were like.

Rome is a Considered a Mecca of Fashion

Rome is also a paradise for shopping and is considered a Mecca of fashion. In Italy the fashion of the catwalks is usually available in the stores within a week.

The best way to discover the latest fashion is to sit down and relax in a calm plaza and observe the Italians passing by. Always concerned about their exterior appearance and clothes, the Italians take care of even the smallest detail.

Even when their look seams informal or neglected, there is no doubt that they are in keeping with the latest fashion.

The best season of the year to visit Rome Italy is during the months of April, May and June. The temperature is ideal. Warm but not the exaggerated heat of July and August.

In those months you will not see many locals. Why? Because Italians prefer to pass the summer at the mountains or on the coast.

The best way to stay in Rome Italy is at one of the Rome holiday apartments. They are often located in original buildings where one automatically feels like they have been transported to the past.

To move around Rome, the metro is ideal. Rome has several metro lines for your travels. Plans are on their way for another line as well.

Another outstanding place to visit, although perhaps a little hackneyed, is the famous Trevi Fountain. Legend says that anyone who throws a coin into the fountain will return to Rome.

Some say that by throwing two coins you will marry soon, and three at the same time leads to divorce. If I were you, I would not risk it. Lets not forget that Rome is the city of myths and secrets.