Just north of the Caribbean in the Atlantic Ocean lies the British territory of Bermuda.

Its nearest landmass is Cape Hatteras, North Carolina, about 640 mi (1,030 kilometers) to the west-northwest.

The territory has gained a reputation of being a vacation paradise, complemented by a hot and humid climate and luscious landscape.

With over 130 islands and islets, there is no doubt that people seek Bermuda for its incredible beaches, which have their own outstanding features.

This coloration is explained by science as being due to the small red organisms under the coral formations, which are washed onto shore.

Bermuda beaches are mixed in with the corals shells and sand, to reflect the slight pink hue. Sounds impressive, but it is more incredible to actually see it! 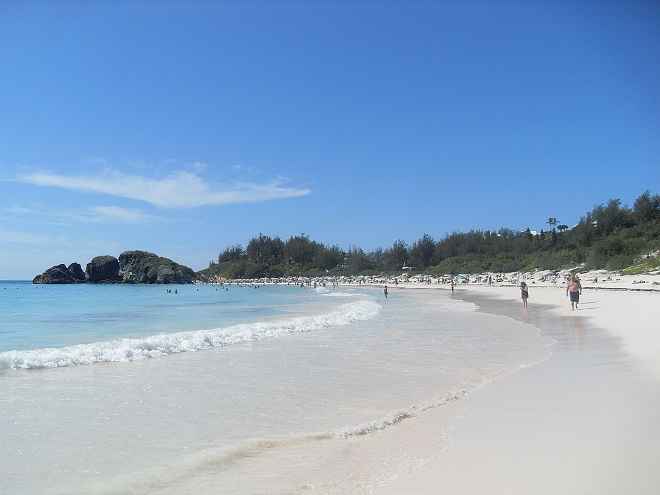 Various types of beaches surround the island. Some of them are tiny coves while others are enveloped by rocky cliffs.

A couple of beaches are blessed with coral reefs, which make them perfect spots for snorkeling.

Fortunately, most of the beaches are open to the public, but they carry some restrictions such as not being able to stay or camp overnight.

There will also be a couple of beaches that are tagged as private and are owned by hotel resorts.

Horseshoe Bay Beach is an easy standout from the rest of the beaches. In fact, it has always been top of the list of best beaches in the world.

It was recognized as the 8th best beach in the world by Trip Advisor. Situated in Southampton Bermuda, this beach follows the horseshoe shape, hence the name.

You will find the contrast of the pale pink sandy stretch and clear blue water simply irresistible.

The eastern portion of the beach extends to around four miles, and limestone rocks act as borders, giving the beach more character.

The beach is complete with basic facilities, water sports equipment and even a lifeguard of duty between May and September.

Many cruise ships choose to stopover in Bermuda, and with them are thousands of passengers. When these ships dock, expect Horseshoe to become crowded with tourists as it is the most popular spot in the entire territory.

If you want to catch an empty Horseshoe Beach during summer, the best time to drop by is in the early morning. 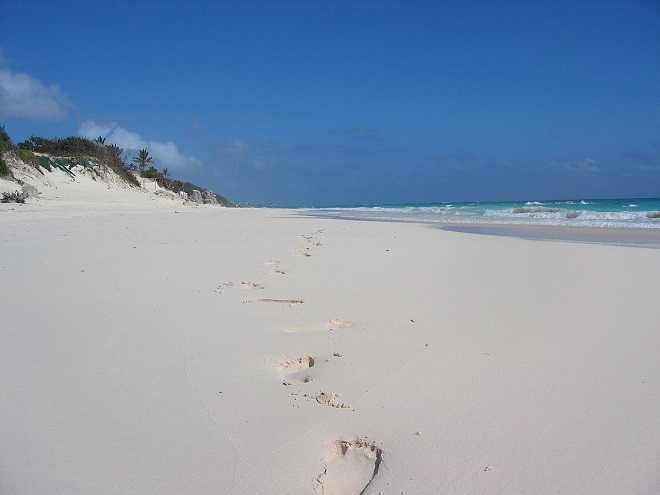 Another beach to experience is Warwick Long Bay, situated on the South Shore Park in the parish of Warwick.

This half-mile scenic beach is defined by little coves, cliffs, low grassland and rock formations. Warwick Long Bay is a great alternative if you seek a gorgeous yet less crowded beach.

Around Warwick’s vicinity are other less known beaches such as Chaplin Bay, Stone Hole Bay and Jobson’s Cove.

Warwick beach has areas perfect for snorkeling because of the clear water and the abundant marine life close to shore.

Bermuda is a great exotic location . When you come make sure you have plenty of time to explore other notable Bermuda beaches like Shelly Bay, Church Bay, John Smith’s Bay, Somerset Long Bay and Elbow Beach. Bermuda is a beach lovers paradise just waiting for your enjoyment!