Take a Romantic New England Road Trip in the Fall

Road trips can be a lot of fun, especially if you are traveling through romantic New England and places where there are wonderful sights to see while riding.

There are almost always good places to stay so your road trip can make a great vacation. 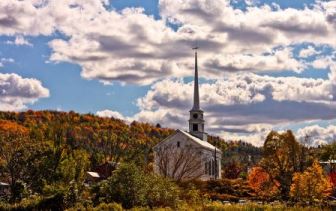 Fall foliage in the town of Stowe, Vermont. Photo by Patrick, License: SA-CC-2.0.

When going on a road trip with your family make sure you choose a good destination or a scenic route to travel.

That way your whole family can enjoy the beautiful nature scenes and other scenery during the trip. If you are traveling in your own car then you can take your road trip at your own convenience.

If you have an old car or one that might not be reliable do consider renting a car for the trip. Although it will cost more, you usually get a new or almost new vehicle.

In either case they are usually serviced well and are reliable. That in itself can make up for the extra money it costs to rent a car.

What is Considered New England?

New England is a region in the northeastern corner of the United States consisting of the six states of Maine, New Hampshire, Vermont, Massachusetts, Rhode Island, and Connecticut.

The area is bordered by New York State to the southwest, Quebec to the northwest, and New Brunswick and the Atlantic Ocean to the east. 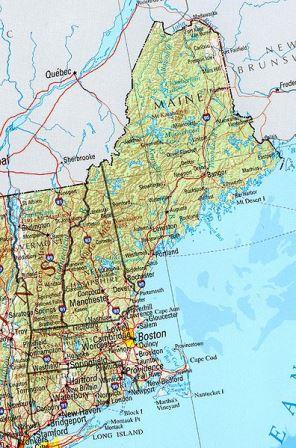 A political and geographical map of New England shows the coastal plains in the east and hills, mountains, and valleys in the west and the north. Click image to enlarge.

New England is the only one of the United States Census Bureau’s nine regional divisions whose name does not derive from its geography.

It is the only multi-state region with clear, consistent boundaries.

New England has a Strong Sense of Cultural Identity

New England maintains a strong sense of cultural identity set apart from the rest of the country.

Each state is principally subdivided into small incorporated municipalities known as New England towns, which are often governed by town meeting.

The only unincorporated territory in New England exists in the sparse, northern regions of Vermont, New Hampshire, and Maine.

Some of the first movements of American literature, philosophy, and education originated in New England. The region played a prominent role in the movement to abolish slavery.

It was the first region of the United States to be transformed by the Industrial Revolution.

Boston is its cultural, financial, educational, medical and transportation center.

If you are a nature lover, romantic New England can give superb views of nature where you will just long to be there or spend a lot of time there.

Remember to pack everything you need from the tent (if you are camping) to your bathing suit if your destination warrants that and so does the weather.

New England is served by several interstate highways. I-95 enters from the New York City area and links five of the six states together.

I-90 and I-84 both come in from the west out of Albany and southern New York, respectively. I-91 links New Haven with Hartford, Springfield and eastern Vermont. I-89 connects Burlington, VT with Concord, NH. I-93 runs through New Hampshire, connecting St. Johnsbury, VT with Boston.

There are many cities in New England; these are some of the major ones.

Boston is a beautiful place to visit. When there don’t miss seeing the Boston Public Garden. This garden is a great place to refresh your love and memories with your lover.

You will see beautiful tulips and sweeping weeping willow trees nearby the pristine pond. The most interesting part for music lovers is that they will get a chance to hear musicians playing in different areas in the garden to bring you closer with your love.

Boston Public Garden is a place for all the romantic lovers to spend time in a beautiful garden.

After you have spent enough romantic time in Boston Public Garden, you can visit theaters and several historic places like the Green Garden where our great forefathers used to meet. These places are just a few blocks away from the Boston Public Garden.

New Hampshire is a place to have a great comfortable stay. You will find the Victoria Inn, the right place offering a most romantic and sensational overnight stay and a wonderful breakfast.

Make sure you do your reservations early and arrive early so you can enjoy their complimentary wine.

You will be stunned to see their rooms furnished with beautiful antiques. The rooms will give you a cozy and comfortable feeling, ensuring that you will feel like being at home.

You’ll wake up fresh in the morning with the fragrance of the fresh coffee. Thereafter, you can expect a great breakfast which is prepared from their kitchen.

After you have finished with your breakfast and relaxed a bit, you can head towards the beautiful Hampton Beach which is just fifteen minutes walking distance from the Inn where you are staying.

You will find a day is not enough to enjoy this wonderful beach, but that’s OK, at least you will have experienced actually being there.

Make sure that you don’t spend the whole day there because you will miss certain other things to watch and enjoy during your stay. 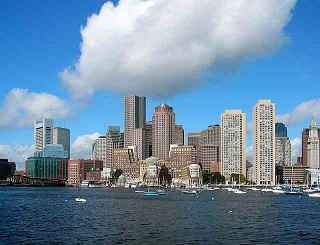 If you are interested in collecting some precious stones, try going to Ruggles Mine located near Isinglass Mountain in Grafton.

Here you are allowed to mine yourselves and collect as many precious and semi-precious stones as you can. You will find equipment for mining if you want to rent it.

However, unless you are really familiar with prospecting and mining, then pass on this.

But if mining and prospecting is your passion then it is a great experience to mine and own the precious stones for no cost. However, there is an entry fee and fees for renting equipment.

If you are ready to take the pain of carrying the stones, then whatever you collect is all yours.

Many people have collected lovely amethyst and several other precious stones and left happy they’ve found some beautiful stones.

However, don’t get carried away in your search for precious stones because they may be way too heavy to carry around.

Now to the Green Mountains

Last but not least, you should try visiting Woods Island State Park located at St. Albans Bay. Another beautiful place to visit is Vermont.

You will find great places to stay that offer excellent breakfast meals. Make sure you stop at any attractions that sound interesting during your road trip.

You’ll most likely find a few places you didn’t know or read about, some of which may be just as good as the more well-known attractions.

After a long mining exercise, you might love to just fall down on a soft cozy bed for a good night sleep. You will get such a comfortable feeling from the Bull Run Farm bed and breakfast, which is located in Springfield Vermont.

Though there are only two rooms available these offer the most comfortable and relaxing place you want. While on your way back, you will be overwhelmed with breath taking views. 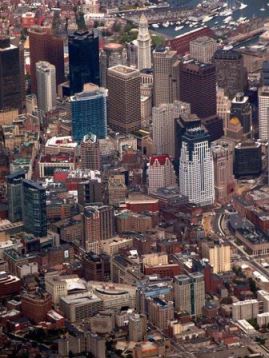 Aerial view of downtown Boston, Massachusetts, USA. Boston is considered to be the cultural and historical capital of New England. Photo by Art N. from Boston, US. License: SA-CC-2.5.

A few other sites to consider The financial magazine Money, in a 2006 survey entitled “Best Places to Live”, ranked several New England towns and cities in the top one hundred:

So if you’ve got the time and want a very enjoyable road trip consider visiting New England. A great time to visit it is when it is not so hot.

Fall, when the leaves are turning all the beautiful colors like they do every year, is a great time to visit plus the scenery is spectacular to boot.