You are here: Home / Europe / UK / The United Kingdom

The United Kingdom Cities and Attractions of Great Britain

It is a sovereign state located off the north-western coast of continental Europe. The country includes the island of Great Britain, the north-eastern part of the island of Ireland and many smaller islands. 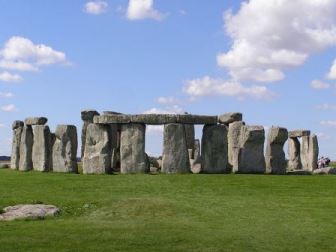 Stonehenge, in Wiltshire, was erected around 2500 BC. Photo by garethwiscombe, License SA-CC-2.0. Click image for larger view.

Northern Ireland is the only part of the UK that shares a land border with another state—the Republic of Ireland.

Aside from this land border, the UK is surrounded by the Atlantic Ocean in the west and north. On the North Sea in the east, the English Channel in the south and the Irish Sea in the west.

The United Kingdom has a Big Population in a Small Area

England’s population in 2011 was found to be 53 million. It is one of the most densely populated countries in the world, with 383 people resident per square kilometer in mid-2003. There is more of a concentration in London and the south-east.

The City of London is the world’s largest financial center. Photo by DAVID ILIFF. License: CC-BY-SA 3.0. Click image to enlarge.

The 2011 census put Scotland’s population at 5.3 million, Wales at 3.06 million, and Northern Ireland at 1.81 million. In percentage terms England has had the fastest growing population of any country of the UK in the period from 2001 to 2011, with an increase of 7.9%.

The United Kingdom has fourteen British Overseas Territories. These territories are remnants of the British Empire. That was generally a time, which at its height in the late 19th and early 20th centuries, encompassed almost a quarter of the world’s land surface and was the largest empire in history.

British influence can still be observed in the language, culture and legal systems of many of its former colonies.

A multi-segment panoramic image of the London skyline from the Bermondsey banks of the Thames. Photo by DAVID ILIFF. License: CC-BY-SA 3.0.

The UK is a Great Power with Influence Internationally

The UK remains a great power with considerable economic, cultural, military, scientific and political influence internationally. It is a recognized nuclear weapons state and its military expenditure ranks fourth in the world.

The UK has been a permanent member of the United Nations Security Council since the council started in 1946. It has been a member of the European Union and its predecessor since 1973. The country is also a member of the Commonwealth of Nations and the World Trade Organization. Plus it is involved in many more important organizations.

The United Kingdom is approximately 243,610 square kilometers (94,060 sq mi). It occupies the major part of the British Isles archipelago and includes the island of Great Britain, the north-eastern one-sixth of the island of Ireland and some smaller surrounding islands. It comes within 35 kilometers (22 mi) of the coast of northern France, from which it is separated by the English Channel.

About ten years ago, in 1993, 10% of the UK was forested, 46% used for pastures and 25% used for agriculture. The Royal Greenwich Observatory in London is the defining point of the Prime Meridian and the point of where all the 24 time zones in the world are based on.

Northern Ireland shares a 360-kilometer (224 mi) land boundary with the Republic of Ireland. The coastline of Great Britain is 17,820 kilometers (11,073 mi) long and is connected to continental Europe by the Channel Tunnel. The tunnel is 50 kilometers (31 mi) long and (38 kilometers (24 mi) underwater) is the longest underwater tunnel in the world.

England accounts for slightly over half of the area of the UK. It covers 130,395 square kilometers (50,350 sq mi). Most of England consists of lowland terrain, with mountainous terrain north-west of the Tees-Exe line; including the Cumbrian Mountains of the Lake District, the Pennines and limestone hills of the Peak District, Exmoor and Dartmoor.

The main rivers and estuaries are the Thames, Severn and the Humber. England’s highest mountain is Scafell Pike, 978 meters (3,209 ft) high, in the Lake District. It has nine principal rivers, including the Thames, Tyne, and Mersey. 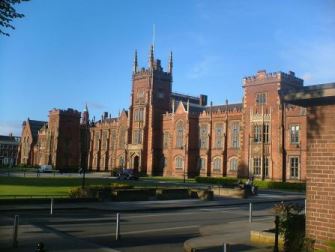 Scotland accounts for just under a third of the total area of the UK, covering 78,772 square kilometers (30,410 sq mi). It includes nearly 800 islands, predominantly west and north of the mainland. These include the Hebrides, Orkney Islands and Shetland Islands.

The topography of Scotland is distinguished by the Highland Boundary Fault. The fault line separates two distinctively different regions; namely the Highlands to the north and west and the lowlands to the south and east.

The more rugged Highland region contains the majority of Scotland’s mountainous land, including Ben Nevis which at 1,343 meters (4,406 ft) is the highest point in the British Isles. Lowland areas, especially the narrow bit of land between the Firth of Clyde and the Firth of Forth known as the Central Belt, are flatter and home to most of the population including Glasgow, Scotland’s largest city, and Edinburgh, its capital and political center.

Wales accounts for less than a tenth of the total area of the UK. It covers 20,779 square kilometers (8,020 sq mi). Wales is mostly mountainous, though South Wales is less mountainous than North and mid Wales. The main population and industrial areas are in South Wales, consisting of the coastal cities of Cardiff, Swansea and Newport, and the South Wales Valleys to their north.

The highest mountains in Wales are in Snowdonia and include Snowdon which, at 1,085 meters (3,560 ft), is the highest peak in Wales. The 14, or possibly 15, Welsh mountains over 3,000 feet (914 m) high are known collectively as the Welsh 3000s. Wales has over 1,200 kilometers (746 miles) of coastline. There are several islands off the Welsh mainland, the largest of which is Anglesey in the northwest.

The United Kingdom has a temperate climate, with plenty of rainfall throughout the year. The temperature varies with the seasons but seldom drops below ?11 °C (12 °F) or rises above 35 °C (95 °F). The prevailing wind is from the south-west with frequent spells of mild and wet weather from the Atlantic Ocean.

The eastern parts of the UK are mostly sheltered from this wind since the majority of the rain falls over the western regions the eastern parts are therefore the driest. 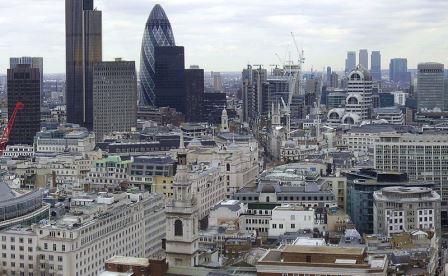 Atlantic currents, warmed by the Gulf Stream, bring mild winters; especially in the west where winters are wet and even more so over high ground.

Summers are warmest in the south-east of England, being closest to the European mainland, and coolest in the north. Heavy snowfall can occur in winter and early spring on high ground.

Major theorists from the 17th and 18th centuries include Isaac Newton, Charles Darwin, and James Clerk Maxwell. More recently Stephen Hawking, who has advanced major theories in the fields of cosmology, quantum gravity and the investigation of black holes.

Major scientific discoveries from the 18th century include hydrogen by Henry Cavendish, from the 20th century penicillin by Alexander Fleming, and the structure of DNA, by Francis Crick and others.

Major engineering projects and applications by people from the UK in the 18th century include the steam locomotive, from the 19th century the electric motor by Michael Faraday, the incandescent light bulb by Joseph Swan, and the first practical telephone, patented by Alexander Graham Bell.

In the 20th century the world’s first working television system by John Logie Baird and others, the jet engine by Frank Whittle, the basis of the modern computer by Alan Turing, and the World Wide Web by Tim Berners-Lee.

Scientific research and development remains important in British universities, with many establishing science parks to facilitate production and co-operation with industry.

Between 2004 and 2008 the UK produced 7% of the world’s scientific research papers and had an 8% share of scientific citations, the third and second highest in the world (after the United States and China, and the United States, respectively). Scientific journals produced in the UK include Nature, the British Medical Journal and The Lancet. 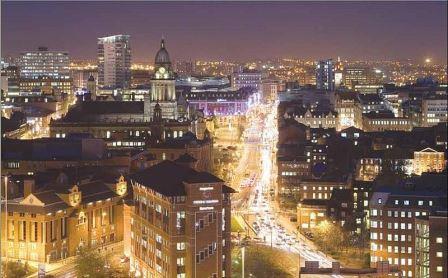 The UK’s de facto official language is English. It is estimated that 95% of the UK’s population only speak English. 5.5% of the population are estimated to speak languages brought to the UK as a result of relatively recent immigration.

South Asian languages, including Bengali, Punjabi, Hindi and Gujarati, are the largest group and are spoken by 2.7% of the UK population. According to the 2011 census, Polish has become the second largest language spoken in England and has 546,000 speakers.

Historically, indigenous British people were thought to be descended from the various ethnic groups that settled there before the 11th century: the Celts, Romans, Anglo-Saxons, Norse and the Normans. Welsh people could be the oldest ethnic group in the UK.

The UK has a history of small-scale non-white immigration, with Liverpool having the oldest Black population in the country dating back to at least the 1730s, and the oldest Chinese community in Europe, dating to the arrival of Chinese seamen in the 19th century. In 1950 there were probably fewer than 20,000 non-white residents in Britain, almost all born overseas.

Since 1945 substantial immigration from Africa, the Caribbean and South Asia has been a legacy due to ties forged by the British Empire. Migration from new EU member states in Central and Eastern Europe since 2004 has resulted in growth in these population groups.

The Clifton Suspension Bridge, Bristol, England. The bridge is 240 feet above the River Avon (at high tide) and spans the Avon Gorge. 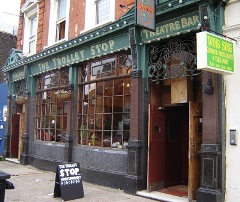 Cities in the UK

Many cities and towns in the United Kingdom are of interest to travelers. Following is an alphabetical selection of a few of the cities: 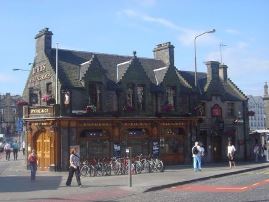 Differing from most of Europe, the UK has left-hand traffic. Most cars in the UK are manual (“stick-shift”) transmission, and car rental companies will allocate you a manual transmission car unless you specifically ask for an automatic when you make a reservation. 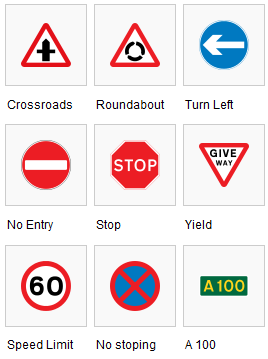 A car will get you almost anywhere in the UK. Parking is a problem in large cities, especially in London where it can be very expensive. Petrol (gasoline) is heavily taxed and therefore quite expensive. Example if it is at around £1.34 per liter, that’s about U.S. $2.05 per liter, or $7.76 per gallon.

The cheapest fuel is usually available at supermarkets. Branches of Tesco, Sainsburys, Morrisons and Asda tend to have fuel stations in their car parks, which are often cheaper than the big name fuel stations like Esso/Exxon, Shell and BP.

Like in the U.S. but unlike the rest of the world, the UK continues to use the imperial system but only for road signs, though many height and width signs are in metric as well, and all weight signs are in tonnes[(tonne) metric ton: a unit of weight equivalent to 1000 kilograms.]

Now all motorways now have locator indicators in kilometers situated at intervals of 500 meters. Therefore distance signage is indicated in miles, while speed limits are indicated in mph. However, the distances are based on kilometers e.g. 1/3 mile is 500 meters, 2/3 is 1 km, 1/2 mile is 800 meters.

If you are from the United States it could take you some time getting used to the road signs and the different units of measure. That’s probably pretty easy, however, compared to driving on the “wrong” side of the road.

Personally I remember the times I was in Hongkong and the driving there was like the UK. The drivers were extremely fast and weaved in and out of traffic on a regular basis. I just refused to drive the times I was there.

Have you ever had the experience of driving on the “wrong” side of the road in a foreign country with the reverse directions of traffic opposite from what you were used to?

Charles L Harmon has a few domain names for sale.

More about the United Kingdom