Avignon, often referred to as the “City of Popes.” It’s because of the presence of popes and antipopes from 1309 to 1423 during the Catholic schism.

It is currently the largest city and capital of the département of Vaucluse. Avignon French commune is in southeastern France in the department of the Vaucluse. It is bordered by the left bank of the Rhône river. 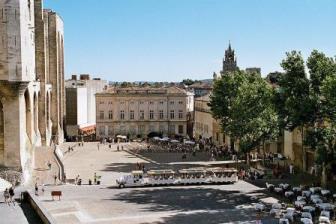 Square below the Palace of the Popes. Click image for larger view.

There were 94,787 inhabitants as of January 1, 2010. About 12,000 people were living in the ancient town center surrounded by its medieval ramparts.

You will be dazed with the number of things to see and do in Provence, the South of France. This popular holiday destination keeps drawing people in because of its seemingly inexhaustible offerings.

Some of the world’s greatest chefs live here. It is also a region that has spectacular landscapes. There are great attractions, and a profusion of cultural attractions and festivities to enjoy.

As a showcase of arts and culture, its famous annual theater festival, known as the Festival d’Avignon, has far exceeded the French borders.

View over the Rhône River to North-East with the Pont Saint-Bénezet or “Pont d’Avignon” at left. Photo by Ingo Mehling, License: SA-CC-3.0.

If you are not on an extended vacation, it will be difficult to decide where to start and where to go given a limited time.

Of about six departments in the region, Avignon is the easy pick. Avignon is considered Provence’s crown jewel. Dubbed as a cultural universe, Avignon is a pleasurably engaging destination within the city walls or outside.

Avignon has a Mediterranean climate characterized by relatively dry summers and cool, damp winters. The city is often subject to windy weather. The strongest wind is the mistral.

Focus on the journey, not the destination. Joy is found not in finishing an activity but in doing it. – Greg Anderson

A Few Attractions
There are lots of wonderful sights to behold. Let’s begin with the most compelling of these sights:

Perhaps it has catapulted Avignon to such a persuasive cultural importance. Palais de Papes or Palace of the Popes is named because the popes chose Avignon as their home in the 1300s.

This imposing palace is one of Europe’s largest gothic edifices. In 1906, Palais de Papes was converted into a national museum. Approximately a hundred years later it was named a UNESCO World Heritage Site. 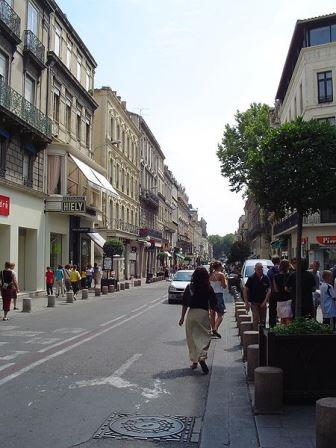 When touring the palace, you will be greeted by a lavish facade. You’ll be offered a wonderful opportunity to explore a rich and luxurious interior.

The papacy’s particularity with opulent details. That has earned the palace expensive frescoes, sculptures and paintings. This includes magnificent draperies and the ceilings.

All of which you will enjoy experiencing. Within the palace, you will find a convention center and the department du Vaucluse archives.

One of the two world-famous towns frequently visited in Avignon is Les Baux-de-Provence. It is a picturesque, well positioned town which is proud of it’s long history. It has earned recognition as France’s most beautiful village. The town sits on a U-shaped rock formation. The town features castle ruins, cathedrals, museums and well-preserved medieval homes.

Furthermore, one of the greatest views of this town on a hill is from afar. Most of all don’t pass up the chance to explore Les Baux-de-Provence up close.

From within examine its long feudal history and religious struggles. Of course, enjoy the locals’ unparalleled hospitality.

If you are in on sampling Provencal flavors, there are many good offerings to satisfy your craving.

Located between Avignon and Apt in the village of Cousellet, the Musee De la Lavande or the Lavander Museum. This museum is a must-see, must-experience, must-photograph destination.

The best time to visit is between the months of June and July. That’s when lavanders are in full bloom blanketing the fields in soft purple. 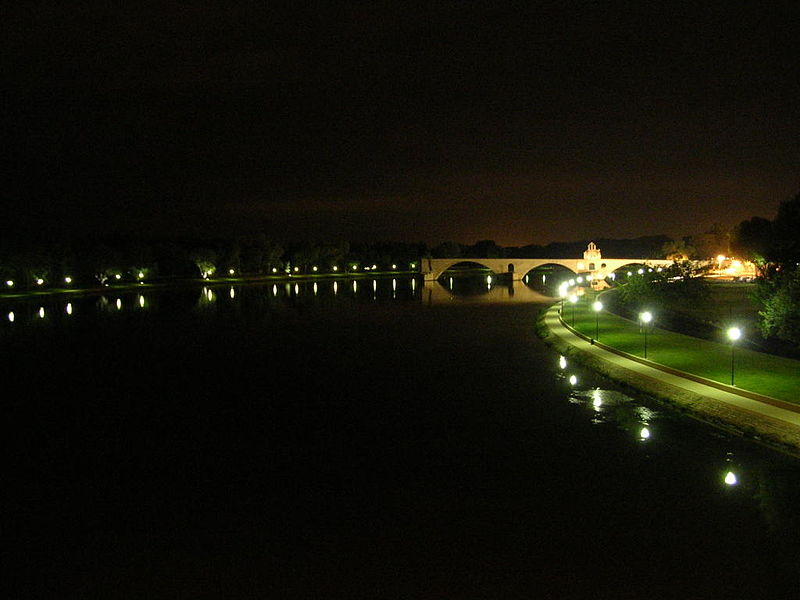 A lot of tours are arranged to visit the Musee De la Lavande from Avignon. It has become a favorite destination for visitors from all over the world. Provence has other wonderful lavander fields in other districts and departments.

However, Musee De La Lavande offers something extra. It’s a museum that offers you the privilege of being educated about the history of lavander production.

The displays of artifacts used in actual lavander production are also highlights of the visit.

Charles is selling most of his valuable domain names.