St. Maarten or Saint Maarten beaches and nightlife entices visitors to visit the island. Its white sandy beaches, clear blue waters, warm climate and wicked nightlife is an attraction many long for.

Strictly speaking, Saint Maarten refers to the portion of the Saint Martin Island that is controlled by the Dutch. The other half is under the governance of France.

Sint Maarten is a constituent country of the Kingdom of the Netherlands. It encompasses the southern third of the Caribbean island of Saint Martin.

The northern two-thirds of the island constitutes the French overseas collectivity of Saint-Martin. Its capital is Philipsburg. Its population is 37,000 on about 34 sq. kilometers. 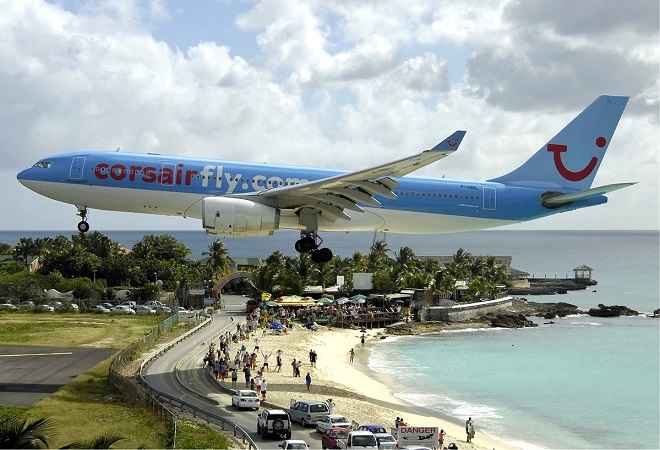 Before October 10, 2010, Sint Maarten was known as the Island Territory of Sint Maarten, and was one of five island territories that constituted the Netherlands Antilles.

No one goes to St. Maarten and ignores its beaches. Perhaps the most popular of all is the Maho Beach, which continually draws in locals and visitors alike because of its relaxing vibe. If you want to see one of the most stunning beaches on the island, make your way to Orient Beach, where the sand possesses a sugar-like texture and color. 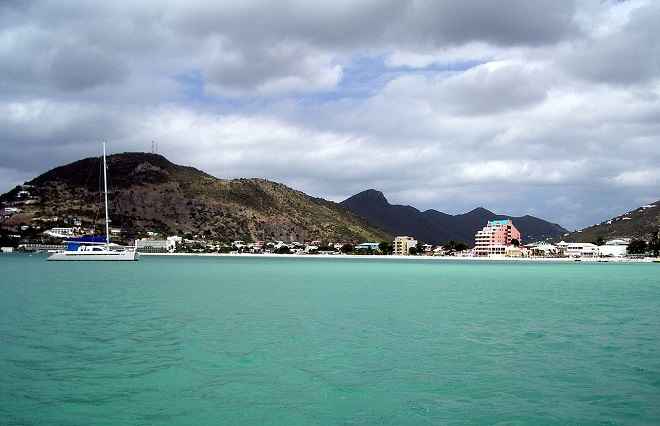 Aside from enjoying and relaxing on some of St. Maarten’s 37 beaches; there is so much to do on this side of the island. Sightseeing, sailing and fishing are some of the common family-friendly activities that keep tourists on St. Maarten busy and happy. In addition, there are many ways to explore the wonderful waters surrounding the island like diving, snorkeling and windsurfing.

The island is famous for its runway at Princess Juliana International Airport. There landing aircraft pass within at least 20 feet of Maho Beach below, due to the close proximity of the runway to the ocean. The planes appear to land dangerously close to beach goers. Therefore this beach and airport has become a popular place for people to view airplane landings. 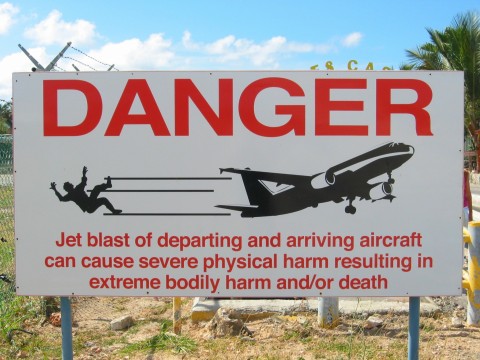 This is one of the few places in the world where aircraft can be viewed in their flight path just outside the end of the runway. Watching airliners pass over the beach is such a popular activity that daily arrivals and departures airline timetables are displayed on a board in most bars and restaurants on the beach.

There is a danger of people standing on the beach being blown into the water because of the jet blast from aircraft taking off from runway 10. The beach itself is white sand and has little to no vegetation because of jet blast erosion.

Note: On October 16, 2008, the Maho area of St. Maarten was badly damaged by Hurricane Omar. Omar reduced the beach to boulders.

Learn about the Island

The best way to get to know St. Maarten is to go for an island tour with an experienced guide who will show you where the notable spots are.

Places like the Butterfly Farm and St. Maarten Zoo and Botanical Gardens are must-visits. For fascinating lessons on the island’s rich history, drop by Fort Louis, Fort Amsterdam and the Heritage Museum.

Fort Louis is remnant of the French influence on this side of the island, while the 17th century Fort Amsterdam is a representation of the Dutch dominance.

At the Heritage Museum, you will find displays, exhibits and a library that further tells the story of how St. Maarten came about.

The region is not only a beach paradise, it is also a vibrant and flamboyant entertainment hub. At night, party revelers roam the streets of St. Maarten to seek merriment in the regions’ boisterous bars and clubs.

If loud music is not for you, then try your luck at one of the 13 casinos including the Sonesta Mahoor Casino Royale. 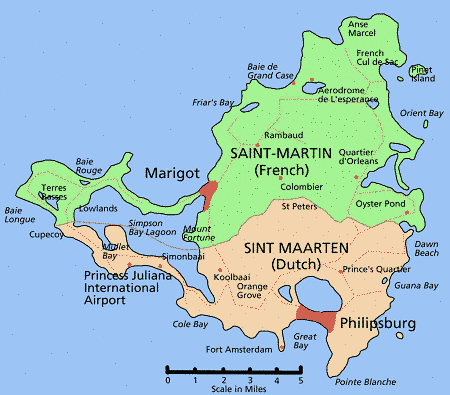 Dining is top class on St. Maarten. In fact, it is considered to be the gourmet capital of the Caribbean luring high profile chefs from all over.

Shopping is quite delightful here too as it is duty free, and when it comes to accommodation, there is a wide range of options to choose from.

These types of accommodation are ideal if you are coming with a big group. However, if you plan to stay longer and are seeking more intimacy, then consider renting a condo, a villa or a stay at a small inn.

Wherever you stay, Saint Maarten beaches and nightlife is just a stones throw away for fun and excitement.

The period between April and the first week of December is regarded as off-season. At this time, the lodging prices are almost half of the rates during high season.

The port facility stretches nearly a half mile, and is equipped with seaside promenades that offer visitors some amazing views of the sea.