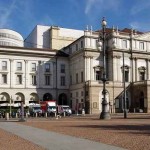 5 Inexpensive Places to Visit in Milan By a Southern California quizzard, Charles L Harmon Milan sits at the center of Italy’s largest urban and metropolitan area. It is financially the most important city in Italy. It’s also the second most populous city in the country. Having been greatly destroyed by Second World War bomb […]