You are here: Home / USA / States and Regions / Southern California

Southern California – the Most Populous Region of the State

Another definition for southern California uses Point Conception and the Tehachapi Mountains as the northern boundary.

Though there is no official definition for the northern boundary of southern California, such a division has existed from the time when Mexico ruled California.

The state is most commonly divided and promoted by its regional tourism groups as consisting of northern, central, and southern California regions.

The area consists of varied collections of geologic, topographic, and natural ecosystem landscapes in a diversity outnumbering other major regions in the state and country.

The region spans from Pacific Ocean islands, shorelines, beaches, and coastal plains. It goes through the Transverse and Peninsular Ranges, into large and small interior valleys. The region goes all the way to the vast deserts of California.

Southern California is also divided into:

The Coastal Region, densely populated and with more wealth than inland areas. This region includes the coastal interior valleys west of the coastal mountains. It also includes all of Orange County and portions of San Diego. Los Angeles, Ventura, Santa Barbara, and San Luis Obispo counties are also included. 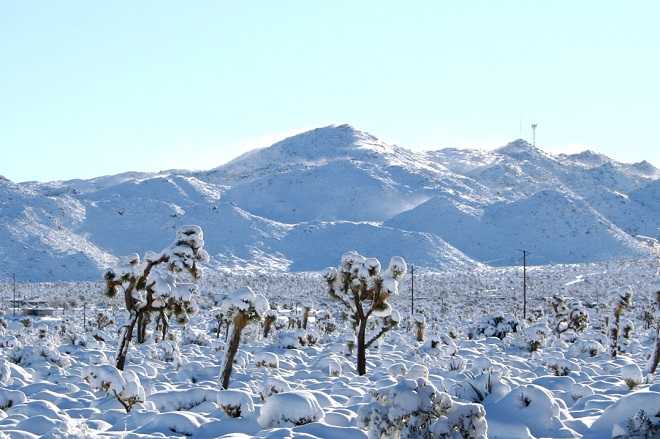 It includes an area that is large and sparsely populated. There are portions of Kern, Los Angeles, San Bernardino and Riverside counties. Imperial and San Diego counties are also included.

The division between the Coastal Region and the Inland Empire/Imperial Valley winds along the backs of the coastal mountain ranges such as the Santa Ana Mountains.

On August 26, 2012 an earthquake occurred, which was a swarm of over 200 events, two which had magnitudes of 5.3 and 5.5. Many faults, such as the San Andreas Fault, are able to produce magnitude 6.7+ earthquakes. Other faults include the San Jacinto Fault, the Puente Hills Fault, and the Elsinore Fault Zone.

That’s bad news for me since I live in Lake Elsinore. During the 30+ years I’ve lived here, I believe there was just one earthquake I felt and knew about that was the result of an earthquake on the Elsinore Fault. 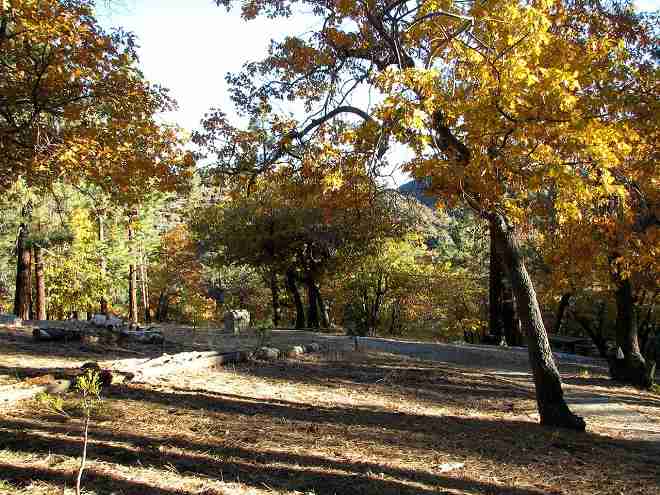 Southern California is a giant metropolitan area in the southern portion of the US state of California. It includes Greater Los Angeles and Greater San Diego.

This area generally comprises California’s southernmost 10 counties. They stretch along the coast. From about San Luis Obispo County to the United States and Mexico border. From the Pacific Ocean inland to the Nevada and Arizona borders.

Much of Southern California is famous for its large, spread-out, suburban communities and use of automobiles and highways (Freeways). This heavily populated urban area stretches along the coast starting about Ventura. it includes the Greater Los Angeles Area and the Inland Empire. It also includes San Diego.

Los Angeles is a sprawling Southern California city and the center of the nation’s film and television industry. Near its iconic Hollywood sign, studios such as Paramount Pictures, Universal and Warner Brothers offer behind-the-scenes tours. On Hollywood Boulevard, TCL Chinese Theatre displays celebrities’ hand- and footprints, the Walk of Fame honors thousands of luminaries and vendors sell maps to stars’ homes.

Southern California is a major economic center for the state of California and the entire United States.

The five counties of Los Angeles, Orange, Riverside, San Bernardino, and Ventura all combined make up the Greater Los Angeles Area with over 17.5 million people. With over 22 million people, southern California contains roughly 60% of California’s population. 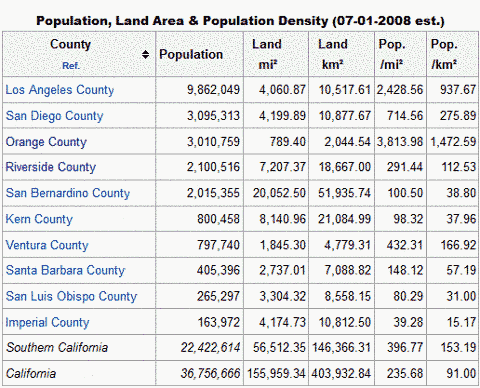 There are a a large number of prestigious and world-renowned research universities and other public and private institutions in this southern part of the state. Just mentioning a few: 5 University of California campuses (Irvine, Los Angeles, Riverside, Santa Barbara, and San Diego). 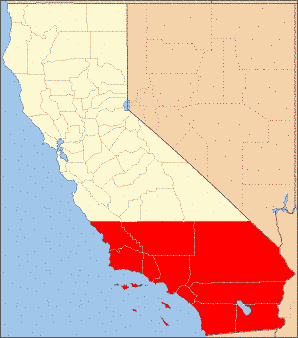 Southern California is sometimes called the entertainment capital of the world. It is and is home to Hollywood, a district in Los Angeles. Hollywood is a name associated with the motion picture industry.

That includes Trestles, Rincon, The Wedge, Huntington Beach, and Malibu. It is second only to the island of Oahu in terms of famous surf breaks.

Some of the world’s biggest extreme sports events, including the X Games, Boost Mobile Pro, and the U.S. Open of Surfing are all in southern California.

Southern California is also important to the world of yachting. The annual Transpacific Yacht Race, or “Transpac”, from Los Angeles to Hawaii, is one of yachting’s premier events.

As with any large area, especially areas where the weather is warm much of the year there are lots of theme parks and other outdoor activities.

There are also a lot of wineries and other districts in the area. Since the area covers a lot of territory there are numerous parks and recreation areas. There are too many to name here.

Following are some of the categories the parks and areas are associated with. One is the National Park Service, and major State Parks. There are at least 24 such parks, reserves and areas included in these three categories.

There are lots of Casinos in Southern California

Within a couple of hours driving at most, you are almost surely able to find an Indian casino. There are lots of them scattered around. In the Inland Empire several probably rival the casinos in Las Vegas. All told there are 24 casinos in Southern California.

From my location in Lake Elsinore all but the last in the list above are within one hour driving distance from my home. If a person likes to gamble, especially playing the slots, they have a huge choice locally.

You won’t find this written about much since Southern California is widely regarded as a great place to visit and/or to live. But it too, like other places has its down side. The population is so great it can be a nightmare getting from one place to another.

Yes we do have Freeways and they help tremendously, but they just weren’t meant to handle the huge volume of traffic they do each day. During rush hour it can easily take an hour or longer to go a few miles or less.

This has now extended to Saturdays and Sundays in many places. Maybe it’s not quite as bad as rush hour, but very bad traffic nonetheless.

As an example, although an old one, I used to commute from my Lake Elsinore location to Irvine, in Orange County, some 55 miles away. In the morning I had to leave home by 4:20 am in order to avoid getting stuck for at least an hour on the 91 Freeway.

It was exactly an hour drive in the morning if I left then. Leave later it might take two and a half hours or longer. Many times I’d leave work at 4:15 pm and not get home to about 8:00 pm due to the heavily congested 55 Fwy and 91 Fwy and part of the 15 Fwy. 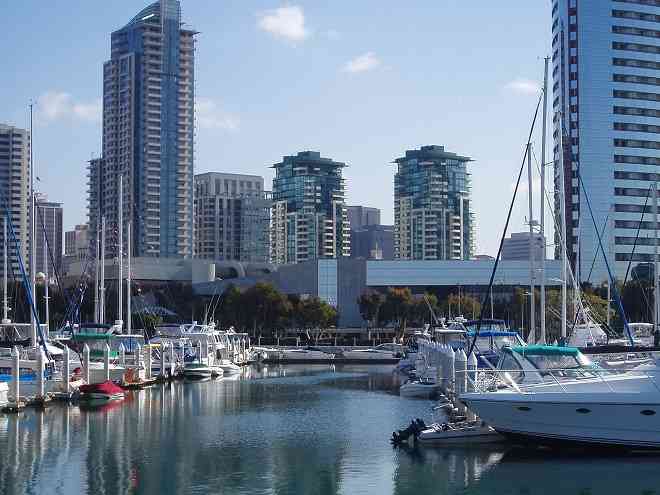 Traffic may be Somewhat Lighter Now

Traffic is somewhat lighter on the 91 Freeway now due to a newer toll road, but the drive is still a nightmare. That terrible Freeway drive prompted me to quit driving the Freeway for over 10 years.

I took about a 50% cut in salary and took a job in Hemet California and didn’t need to take a freeway to work the 40 minute drive to work. I got part of my life back.

Population is another bad news factor. There are so many people you have to move way out; I mean way out in the suburbs to avoid a lot of the noise, crime, traffic and smog of Los Angeles.

However due to a building boom in the 80s – 90s a lot of people moved to the suburbs. Now it is similar to being close to or in Los Angeles as far as the traffic and smog is concerned.

Well not quite because a lot of the smog from the LA area is not here in the Inland Empire. In fact now the smog goes across the mountains into the high desert and more than halfway to Las Vegas. It was never like that years ago.

The smog or air pollution in certain areas is much worse than long ago. Although I’ve read that there is less smog now than in previous years, decades ago. Well I surely cannot vouch for that because where I live it is smoggy most of the time.

When I moved to the Lake Elsinore area a quarter of a century ago I estimate about 80 – 85% of the time it was clear. There was no noticeable smog or air pollution.

But now it is the exact opposite, maybe about 80- 85% of the time it is smoggy. The remaining time the air appears clear and unpolluted.

This is just a small sample of what’s here in Southern California. There is much more. Click the link below for more articles about California.