You are here: Home / Nepal / Kathmandu

Kathmandu – gateway to tourism in Nepal

This capital city of Nepal, Kathmandu, with an elevation of about 1,350 m above sea level, falls in the northwestern part of the valley. To its east is the Madyapur Thimi Municipality; to the southwest is the Kirtipur Municipality. 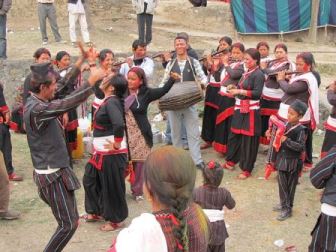 Newar Festival – Newars are the native and largest ethnic group.

To the south is the Lalitpur Sub-Metropolitan City, and to its northeast, north, and west are different Village Development Communities. The Valley is, in fact, located in an ancient lake basin, with fertile soil and flat terrain.

Kathmandu is also known informally as “KTM” or the “tri-city”. According to a census conducted in 2011, Kathmandu metropolis alone has 975,453 inhabitants; and the agglomerate has a population of more than 2.5 million inhabitants. The metropolitan city area is 50.67 square kilometers (19.56 sq. mi) and has a population density of 19,250 per km².

At an elevation of approximately 4,600 ft. Kathmandu is located in the bowl-shaped Kathmandu Valley of central Nepal. It is surrounded by four major mountains: Shivapuri, Phulchoki, Nagarjun, and Chandragiri. Kathmandu Valley is part of three districts (Kathmandu, Lalitpur, and Bhaktapur), has the highest population density in the country, and is home to about a twelfth of Nepal’s population.

Tourism in Nepal starts with Kathmandu

Kathmandu is the gateway to tourism in Nepal. Several hundred thousand visitors come to Nepal annually. Kathmandu is the nerve center of the country’s economy. It has the most advanced infrastructure of any urban area in Nepal, and its economy is focused on tourism. Hindu and Buddhist pilgrims from all over the world visit Kathmandu’s religious sites such as Pashupatinath, Swayambhunath, Baudhanath and Budhanilkantha.

Kathmandu-Patan-Kirtipur-Thimi-Bhaktapur, the urban conglomerate, covers the valley and extends east beyond Banepa, Panauti, and Dhulikhel.

The Kathmandu Valley World Heritage property, located in the Himalayan foothills, is known as the Seven Monument Zones, which are:

There are eight rivers originating from the mountains (1,500 m to 3,000 m) that flow right through the city; Bagmati (originates from the Sanskrit words ‘Bagdwar’—‘bag’ means ‘tiger’, and ‘dwar’ means ‘gate’), Dhobikhola, Manohara, Bishnumati, Tukuchakhola, and Hanumant are the main rivers.

There are five natural vegetation zones, the main being the Deciduous Monsoon Forest Zone that is at an elevation of 1,200 m to 2,100 m. The trees mainly found here are maple, oak, beech, and elm.

This city is famous for pashmina products and ‘Lokta’ paper; hence, these are major export items along with carpets, handicrafts, garments, and artworks.

Metal casting, painting, farming, woodcarving, pottery, and weaving are still the traditional occupations of the locals. Ason, Durbar Marg, Putali Sadak, and New Road are the major economic points in the city.

How did ‘Kathmandu’ get its name?

It is said that in the olden days, this city was an important route to Tibet; hence, rest houses on this route, called the ‘Kasthamandaps’, were built for the pilgrims. Later, this very word ‘Kasthamandap’ helped in deriving the name ‘Kathmandu’.

The main inhabitants of the Kathmandu Valley are the Newars, the largest ethnic group at 30 per cent. ‘Pre-dominantly Mongoloid people practicing an Indo-Aryan culture’ is how the Newar society described by the Anthropologists.

The historical record of inhabitation in the Valley shows 3rd century BCE (four Stupas at Patan have been found that dates back to the reign of Ashoka, the great Mauryan king in India that time). Anyway, the earliest inscription found dates to 185 ACE. The first documented rulers of the Valley were the Kiratis; their palace remains are in Patan (near Hiranyavarna Mahavihara).

‘Kantipur’ (the original name of Kathmandu as the history says) was an independent and flourishing city, when it was united under the Malla kings of Bhaktapur somewhere around the 14th century. Then, the city was divided in Kathmandu, Patan, and Bhaktapur in the 15th century, and rivalry between these three started till the Valley was invaded by King Prithvi Narayan Shah of the famous Shah dynasty. During his time, Nepal was unified, and Kathmandu was made its capital. 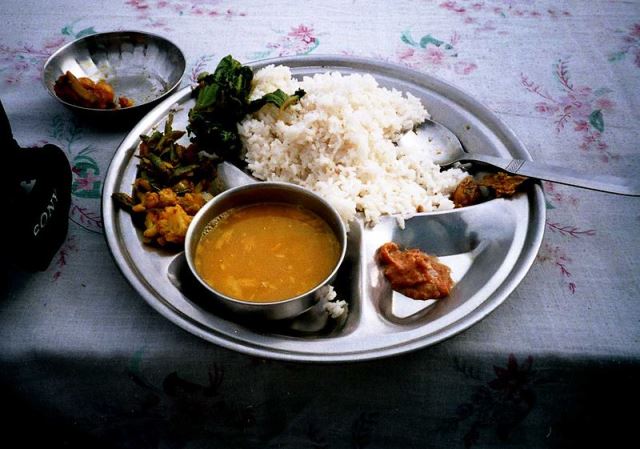 The Newars are the largest ethnic groups at around 30 per cent, followed by the Khas Brahmins at 21 per cent, and the Chhetris at 19 per cent. Other than these three popular groups, there are also the Tamangs and other Terai ethnic and caste groups.

The two main religions followed by the people of Kathmandu are Buddhism and Hinduism, and the two main languages are Nepal Bhasha and Nepali. Sanskrit language got a boost during the rule of the Shah Dynasty because of bias towards the Brahman culture.

People wishing to visit Nepal must keep Kathmandu on top of their list of ‘places to visit’—its four cities are of artistic, cultural, and historic interest. 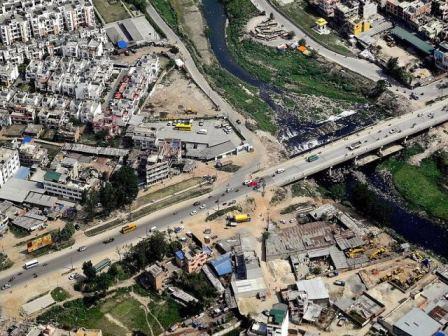 The other places of interest are:

Have you been to Kathmandu?   If so, add your insights below about this interesting travel destination.

Visit Kathmandu Nepal yourself and see the sights in this great city. If you have been there or do take a vacation to Kathmandu please let us know your impression or experiences there. Enter your comments below.