Dominating the skyline of the jungles in southwestern Sri Lanka, the more than 7000 feet high Adam’s Peak is more than just another mountain. Also known as the peak of Sri Pada, the mountain is considered sacred to followers of major religions like Buddhism, Hinduism, Christianity and Islam.

Before the four religions came, Adam’s Peak was already a holy site to the Sri Lankan aboriginals called Veddas.  There are many legends surrounding the mountain’s story. One of the more famous ones has something to do with Buddha leaving his large footprint on the mountain as per request of a local Saman. Thus, the mountain is also often called the “Sacred Footprint”. 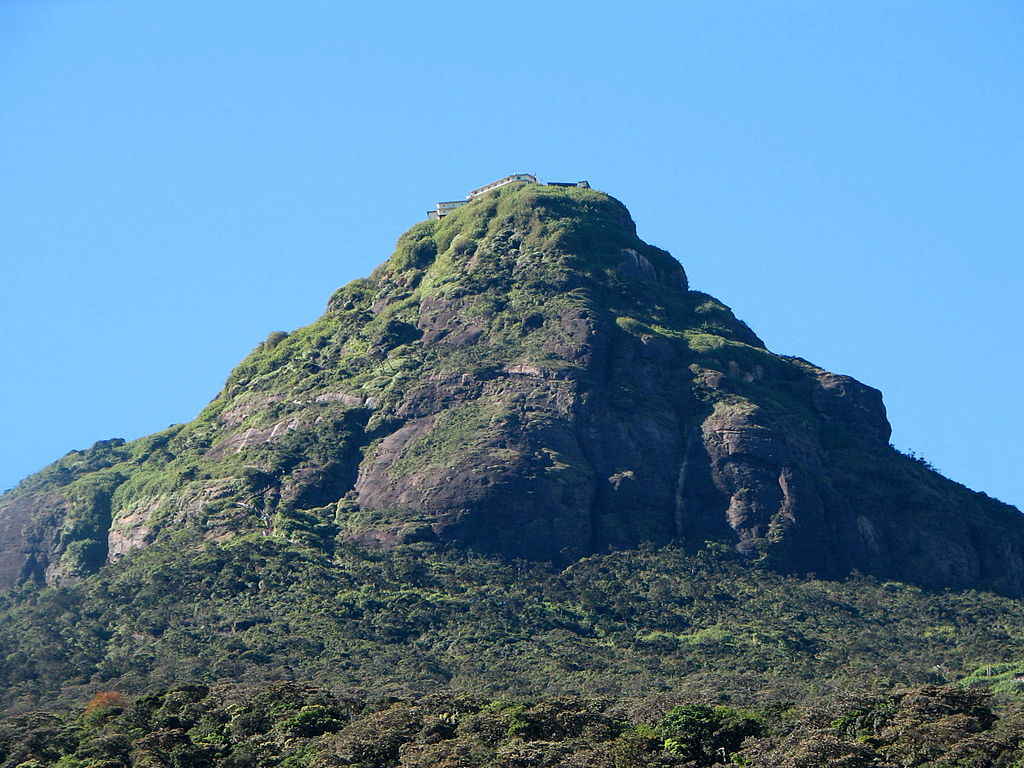 From a distance, Adam’s Peak commands a striking appearance and is one of the most beautiful landmarks in all Sri Lanka. Because of its sacred reputation, it is also a common place of pilgrimage. But even if you do not follow any the religions mentioned, Adam’s Peak is still a wonderful destination for a mountain trekking adventure. Although, it is one of the highest peaks in the country, climbing it is very much achievable.

Traditionally, pilgrims and mountaineers climb the mountain at night. By doing so, you will be able to reach the top by dawn and watch the incredible views from the peak as the sun rises.  The pilgrimage season is a busy time for climbing. The season starts in December or January during the Duruthu Poya day. It ends during the Vesak Poya day in May. During the period, the mountain weather is at is best. There are also better chances to experience a clear dawn when you reach the summit.

As you climb, you will find little teashops and stalls along the way. Aside from providing refreshments, they also provide light in the darkness of the night. It is possible to climb Adam’s Peak outside the pilgrimage season. However, it is less interesting as teashops and stalls are non-existent, and you will have to light your way to the top. 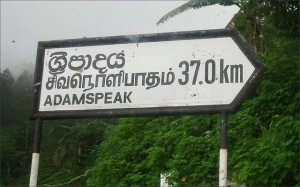 The easiest and most convenient route to the peak is from the village of Dalhousie. The track begins at the far end of the village, marked by a huge standing Buddha. The first half an hour of the journey is all about following a winding path that passes through Buddha shrines, tea estates, and the large makara torana arch.  After passing the arch, which acts like a boundary to the sacred mountain area, you will need to go uphill to a large Peace Pagoda. From here, a footpath of around 5500 steps awaits you.

The journey takes around four hours to reach the peak. Take note that during poya days, the ascent can be much slower due to the crowd.  Dawn breaks between 6 to 6:30 am, so most climbers start the trek at around 2 am. Expect the summit to be dark and extremely cold, so make sure to wear warm clothing.

It may not be as hard as climbing Mt. Kilimanjaro, but one should make all necessary preparations. There are many guides who offer their services in Dalhousie. It advisable to get one if you are a solo traveler or climbing out of season.  Climbing Adam’s Peak can be physically challenging and exhausting. Thus, the experience is much better if you are in excellent physical condition. So some pre-visit training is advisable. If you want to challenge yourself into taking a longer route, make the ascent from the Ratnapura side of the mountain, passing through Palabaddale, which is worth the extra effort.