The city of Bologna has gained recognition for the dishes that were invented here.

But the Italian city in the Parmigiano-Reggiano offers visitors more than the taste of delicious pasta and Bolognese sauce.

Bologna is in fact a historical city, which has been inhabited since the Iron Age. 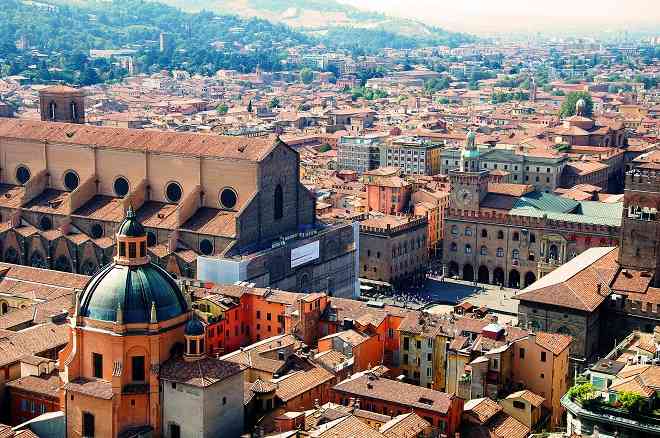 When you visit Bologna Italy note that it is also home to one of the oldest universities in the world, the University of Bologna, founded in 1088.

The city is a great alternative to the more touristy cities in Europe like Florence and Rome.

Because of its long dramatic history and young population, visitors to Bologna experience a lively youthful vibe amidst old yet exquisite and well-preserved architecture.

The dominant structural hues you find in the city are yellows, oranges and terracotta red. This is the main reason why the city earned the nickname “La Rosa” (the red).

Walk around its Medieval Center

One of the best things to do while in the city is a leisure walk around its medieval center. As you do that, you will come across beautiful Renaissance buildings, arcades, hundreds of arches and classic covered walkways called porticos. 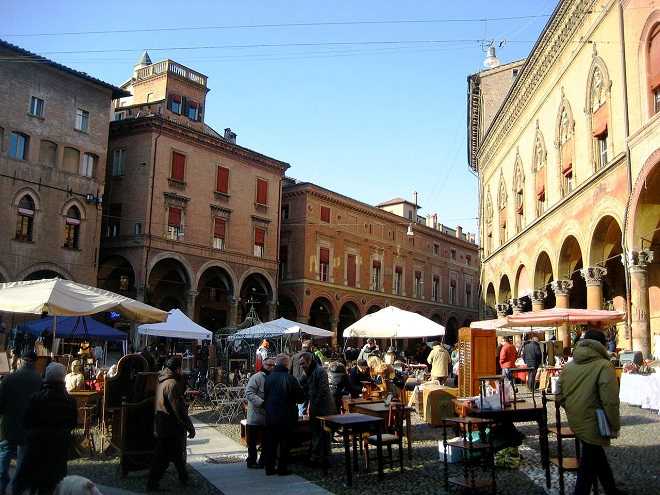 It is possible to do the walk on your own, but you also have the option to book a private walking tour. That way you learn more about the prominent structures in the city.

Other architectural masterpieces that you should also check out are the Due Torri or Two Towers. Also see the Santo Stefano Church and the Santuario della Madonna di San Luca, which sits on a hill and dominates the skyline of Bologna.

If you make your way to the Saragozza neighborhood, there are many notable art galleries. They are waiting to be explored, such as the Gallery Otto to name one. 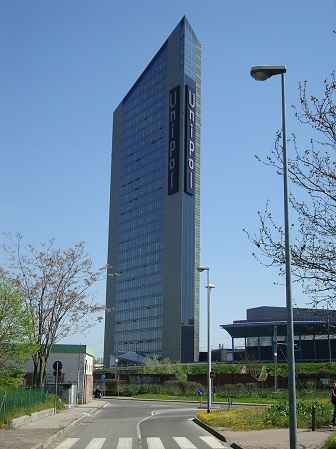 Unipol Tower, at 127 m, is the city’s tallest building.

Visiting Bologna is all about soaking in the culture, the people and the distinct atmosphere. You can do that just by spending some time at the city’s popular squares like the Piazza Maggiore and Piazza Santo Stefano. It is not only cooking that people are passionate about in Bolognese.

Classical Music is no Stranger

The city has a long standing affair with classical music. It molded musical geniuses like Father Martini, Johan Christian Back and W.A. Mozart; and houses the Philharmonic Academy.

Today, you would not find it hard to enjoy superb musical performances throughout the city. Drop by the Opera Theater or Teatro Comunale to watch the incredible Orchestra Mozart.

Or check out the Opera School, Conservatory and music organizations for some great concerts. If you want to keep it casual, head out to some of the bars or inns in the city, where jazz music is always played. 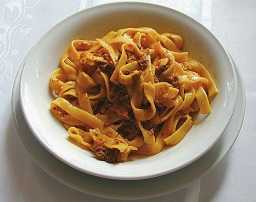 No one coming to Bologna should miss experiencing its culinary heritage.

When you visit Bologna one of the spots you must take in is the Mercato di Mezzo to sample the different classic dishes like the tortellini in brodo and tagliatelle con culatello. Also consider going for a gourmet tour.

Such a tour will give you access to traditional bakeries, Bolognese osteria (restaurants) and pasta making shops.

But don’t satisfy just your appetite and craving, you should also learn some valuable cooking skills while here.

A number of visitors to Bologna decide to make their visit extra special by enrolling in classes of established cooking institutions like the Culinary Institute of Bologna and Cook Italy.

Bologna Italy has been Recognized

Bologna is home to prestigious cultural, economic and political institutions. It also is one of the most impressive trade fair districts in Europe.

In 2000 it was declared European capital of culture and in 2006, a UNESCO “city of music”. Bologna is also one of the wealthiest cities in Italy, often ranking as one of the top cities in terms of quality of life in the country. In 2011 it ranked 1st out of 107 Italian cities.

By a Southern California Quiz Me Master, Charles L Harmon