France: The most Visited Tourist Destination in the World

Officially the French Republic, France is a semi-presidential republic located mostly in Western Europe. It has several overseas regions and territories, however.

Metropolitan France extends from the Mediterranean Sea to the English Channel and the North Sea, and from the Rhine to the Atlantic Ocean.

Among the 101 departments of the country, five (French Guiana, Guadeloupe, Martinique, Mayotte, and Réunion) are in overseas regions that are also simultaneously overseas departments.

They are an integral part of France (and the European Union) and thus enjoy a status similar to metropolitan departments. 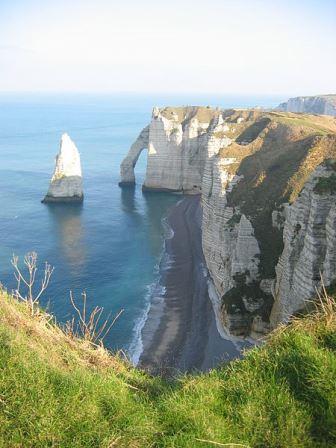 France is the largest country in Western Europe and the third-largest in Europe as a whole.

It possesses the second-largest exclusive economic zone in the world. The country has been a major power with strong cultural, economic, military, and political influence in Europe and around the world.

The country is a developed country possessing the world’s fifth-largest and Europe’s second-largest economy.

It is also the world’s ninth-largest by GDP in purchasing power parity.

France is the wealthiest nation in Europe and the fourth-wealthiest in the world in aggregate household wealth.

French citizens enjoy a high standard of living, high public education level, and one of the world’s longest life expectancies.

It has been listed as the world’s “best overall health care” provider by the World Health Organization. It is the most-visited country in the world, receiving 79.5 million foreign tourists annually.

France has the world’s fifth-largest nominal military budget, and in terms of personnel, the largest military in the EU.

It has the world’s second-largest diplomatic corps (behind the United States). France is a founding member of the United Nations, one of the five permanent members of the UN Security Council and a member of many other important organizations. 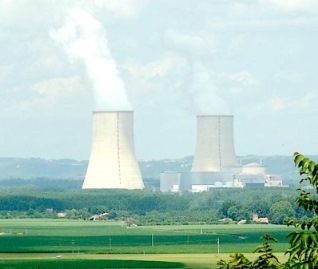 France derives 78-79% of its electricity from nuclear power, the highest percentage in the world. Photo by Theanphibian, License: SA-CC-3.0.

Although France is one of the most industrialized and developed countries, it is ranked only seventeenth by carbon dioxide emissions.

That’s behind such less populous nations as Canada, Saudi Arabia or Australia. This situation results from the French government’s decision to invest in nuclear power in 1974 (after the 1973 oil crisis).

Nuclear power now accounts for about 78% of the country’s electricity production and explains why it pollutes less than comparable countries.

In 2010, a study at Yale and Columbia universities ranked France the 7th most environmentally conscious country in the world.

Forests account for 28% of the land area of France. French forests are also some of the most diversified of Europe, with more than 140 different varieties of trees.

There are 9 national parks and 46 natural parks in France. France wants to convert 20% of its Exclusive Economic Zone in a Marine Protected Area by 2020.

France: The most Visited Tourist Destination

Their 79.5 million figure excludes people staying less than 24 hours in the country, such as Northern Europeans crossing through on their way to Spain or Italy during the summer. 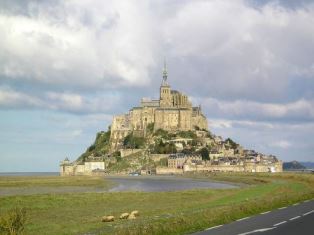 The Mont Saint-Michel is one of the most visited sites in the country. Photo by Wikipedia user b3rny, License: SA-CC-3.0. Click image to enlarge.

In UNESCO’s World Heritage List, France has 37 sites inscribed. The list features cities of high cultural interest (Paris being the foremost. But also Toulouse, Strasbourg, Bordeaux, Lyon, and others), beaches and seaside resorts.

Also ski resorts, and rural regions that many enjoy for their beauty and tranquility (green tourism).

Small and picturesque French villages of quality heritage (such as Collonges-la-Rouge or Locronan) are promoted through the association Les Plus Beaux Villages de France (literally. “The Most Beautiful Villages of France”).

The “Remarkable Gardens” label is a list of the over two hundred gardens classified by the French Ministry of Culture.

This label is intended to protect and promote remarkable gardens and parks. France also attracts many religious pilgrims on their way to St. James, or to Lourdes, a town in the Hautes-Pyrénées that hosts a few million visitors a year.

France, and especially Paris, have some of the world’s largest and renowned museums, including the Louvre, which is the most visited art museum in the world.

But also the Musée d’Orsay, mostly devoted to impressionism, and Beaubourg, dedicated to Contemporary art. The Château de Chambord is one of the many French royal residences of the Loire Valley.

Disneyland Paris is the country’s and indeed Europe’s most popular theme park, with 15,405,000 combined visitors to the French resort’s Disneyland Park and Walt Disney Studios Park in 2009.

The historical theme park Puy du Fou in Vendée is the second most visited park of France. Other popular theme parks are the Futuroscope of Poitiers and the Parc Astérix.