You are here: Home / Europe / Amsterdam / Brief History of Amsterdam

A Brief History of Amsterdam, Netherlands

Here is a brief history of Amsterdam, currently the capital and largest city of the Netherlands.

It had a population of 747,290 on January 1, 2008. Amsterdam comprises the northern part of the Randstad, the 6th-largest metropolitan area in Europe.

The population of the city is about 6.7 million people. Amsterdam is the financial and cultural capital of the Netherlands. There are many large Dutch institutions that have their headquarters in Amsterdam.

Seven of the world’s top 500 companies, including Philips and ING, are based there. 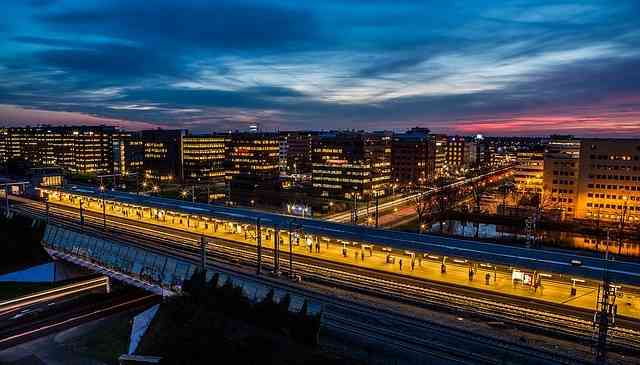 In world history Amsterdam, Netherlands has always been a well-known name. It is considered throughout the world as the greatest planned city of northern Europe.

It is highly acclaimed for its rich heritage. Amsterdam was considered the center of world economy in the 17th century.

Now the city of Amsterdam, Netherlands is acclaimed for its tolerant character.

The greatest planned city of Amsterdam, Netherlands was first founded as a fishing village around the thirteenth century.

It developed round a dam on the Amstel River at the end of the 12th century.

The name Amstelledamme occurs for the first time in October 27, 1275 when the toll concession of Floris V. Count of Holland happened.

During the 14th and throughout the 15th century Amsterdam, Netherlands experienced rapid development. That later laid the foundation for the city’s Golden Age.

Very few medieval buildings in the city survive today. Houses back then were built of wood, a vulnerable construction material.

The world famous Houten Huis is no exception to this rule. However, most of them were destroyed. But a surprisingly large number of Amsterdam dwellings still have timber frames.

That type of solid construction is very rare today.

The Golden Age of Amsterdam, Netherlands starts from the period 1585 and ends in 1672. This period was condidered to be the hey-day of the city’s commercial success.

During that time, Amsterdam, Netherlands was the staple market of the world. That’s same time period was when the characteristic Amsterdam cityscape was developed.

It is worth noting that in 1613 and 1663, urban expansions set the city’s characteristic appearance. It is also during this time that a number of today’s historic buildings were built.

Buildings like the town hall in the Dam Square, known today as the Royal Palace.

1672 in Amsterdam, Netherlands was a year of disaster for the Dutch Republic. The French and English attacked simultaneously during that time.

The Golden Age of the city came to an end. However, Amsterdam, Netherlands was still able to manage the consolidation of its prosperity from 1672 to 1795 despite the predicament the Republic found itself in.

During that period the city remained as the major staple market. It managed to retain its position as the financial center of Europe. Also, a large number of dwellings were built during that time.

There were both simple and rich canal houses, some of which reflected the city’s prosperity. 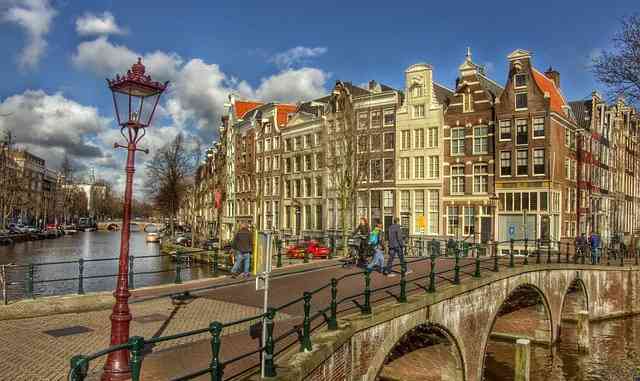 In 1795 the government of the patrician oligarchies was overthrown from power. That caused the old Republic to cease to exist. Shortly afterward the French started to occupy the country.

It was during the period 1795 to 1813 that Amsterdam, Netherlands suffered badly from the economic recession.

That reflected the stagnation of demographic development. A number of houses were vacant at that time. Some collapsed due to lack of maintenance.

However, some facades and interiors dating back to the Empire period of Amsterdam, Netherlands still survive up nowadays.

From 1813 to 1940 Amsterdam, Netherlands marked a period of economic recovery. It was from 1870 onward that the expansion stage began.

Rapid population growth started. From there an increasing amount of wealth was accumulated. As many have noted, that development was primarily a result of the Industrial Revolution.

That revolution triggered a New Golden Age for Amsterdam.