Being the world’s 2nd most expensive city, and the capital city of South Korea, Seoul has transformed itself into a major city from the 17th century Hermit Kingdom.

River Hans passes through the city; the major port city of Incheon (toward the west) and some satellite cities are included in the Greater Seoul area. Eight mountains, with Namsan Mt. in the middle, surround the city.

One of the world’s most populated cities, Seoul still maintains a hidden history—palaces, pagodas, gardens, temples—though it is presently dominated by multi-lane highways and skyscrapers. It is a friendly, safe, and prosperous city with low crime rate; people are friendly, socializing, and hardworking.

About 600 years ago, Seoul was known as “Hanyang”. It has different districts with the central area called “Downtown Kangna” or “Gangnam”.

The international section is “Itaewon” with a very vibrant nightlife; it is designated as the Special Tourist Zone. Pubs, night clubs, Hooker Hill, and juice bars are of western style. These places remain open till dawn.

One of the city’s busiest marketplaces (open-air) is “Namdaemun”; another busy market is “Dongdaemun”. The younger generation loves the attraction of “Jamsil” and “Lotte World” (huge ice rink).

It is quite difficult to find addresses in Seoul. There are literally to street signs and the numbers on the buildings are random; hence, public transportation is the only option. It is virtually useless to remember an address. So, instead of looking for a particular address and wasting time, best would be to ask a local to write the address in Korean language—Hangul. This is of tremendous help to the tourists, especially the ones visiting Seoul for the first time.

Though evidenced that people were living in this area (mostly around River Hans) from the Paleolithic Age, the “Amsa Prehistoric Site” in Amsa-dong, Gangdong-gu, dates back 3000 to 7000 years. Those days, the settlements had started moving towards inland from River Hans’ area. 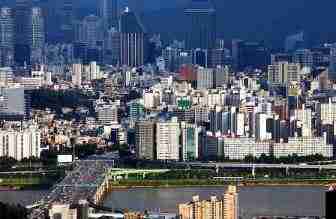 Seoul’s history can be traced back to 18 BCE. Wiryseong was the capital city of the kingdom of Baekje, which developed from Mahan confederacy into one of Korea’s three kingdoms. From the remains of an earthen wall “Pungnap Toseong”, archaeologists believe that it was the main Wiryseong site. Evidence has also been found that “Mongchon Toseong”, another earthen wall, dates back to Baekjes.

After Silla-Baekje, came the Goryeo period; in 1104, “Southern Capital” (Namgyeong), a palace, was built by King Sukjong of this dynasty.

In 1394, came the Joseon Dynasty; the capital was first moved to Hanyang (now Seoul), and then to “Hanseong” (fortress city on River Hans). The gates of this city were Sungnyemun, Heunginjimun, Sukjeongmun, Changuimun, and Hyehwamun (still seen near the downtown district of Seoul).The 19th century Seoul opened the doors to non-Koreans, and modernization started in full swing—trolley cars, water, telegraph, telephone, electricity—because of trade links with the US and France.

The city started being called “Seoul” after the liberation of Korea and after the Second World War. When the Korean War broke in 1950, Seoul changed hand four times between the North and the South Korean forces; as a result, by the time the war came to an end, Seoul was totally ruined.

Then began the reconstruction and modernization program for Seoul; industrialization of the 60s and 70s had tremendous impact on the city. Rapid economic growth and raised living standards followed, and with it came pollution, and high population. 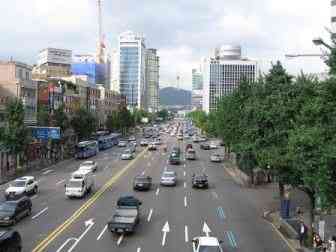 Seoul has Subtropical and Continental types of climate. Hot and humid summers, and dry and cold winters rule the city. The average temperature in August is 85 °F, and that in January is 21 °F.

Seoul has four seasons of which the most comfortable are autumn and spring. Rains are experienced between June and September.

Due to its historic importance, there are many interesting places to visit in Seoul: 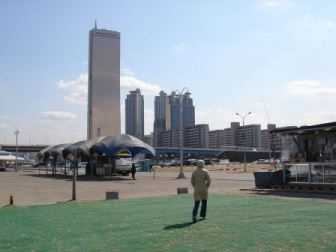 The other places of tourist interest are Dongdaemun, Changdeokgung, Everland, Namiseom Island, and N Seoul Tower.

Charles Harmon has another personal blog.