Kobe Meriken Park and other Attractions in Flourishing Kobe Japan

Kobe is not only the capital city of Japan’s Hyogo Prefecture – it is also a large port city, considered one of the most picturesque in the country. Sandwiched between the mountain range of Rokko and a spectacular sea, Kobe has always been an important port. Trade was started at the port in the 1800s. Here in this capital city is Kobe Meriken Park.

Kobe was the unfortunate victim of the 1995 Great Hanshin-Awaji Earthquake, which claimed thousands of lives and destroyed numerous buildings and property. The city however, managed to rebuild itself to become what it once was – a flourishing city worth visiting. 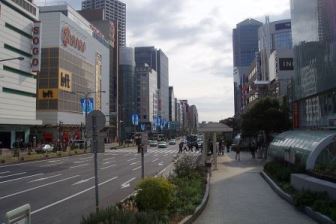 Some of Kobe’s Attractions

During your exploration of the city, there are some attractions that you don’t want to miss. One of them is the Meriken Park. This waterfront spacious, fountain-embellished park features some of the most iconic landmarks in the city, including the Kobe Maritime Museum and the Kobe Port Tower.

The museum can be found at the center of Meriken. Here, you will learn more about the history of Kobe, and how it became one of the busiest ports in the entire world.

The museum’s first floor features modern ship models while the second floor is dedicated to the port history. Half of the Maritime Museum is managed by the Kawasaki Heavy Industries Ltd, and is called the Kawasaki Good Times World. This portion features the best products of this motor company including trains, motorcycles, robots and high-tech prototype super boats.

The huge structure of Kobe Port Tower is equally impressive. Built in 1963, the tower stands as a symbol of the Kobe port. It has three observation decks that provide incredible 360 views of the bay and the rest the city.

Visit the tower’s rotating café and restaurant where you can have a memorable dining experience. Visiting the tower in the evening is a real treat because its famous red steel frame is all lit up to the delight of those seeking great postcard-worthy photos.

A Memorial Park, Cruises and the Harborland District

Another special spot you should visit while in Meriken is the small memorial space for the Great Hanshin earthquake victims. This is the damaged section of the wharf that is left unrepaired, and exhibits some photo displays that tell the story of the earthquake and its victims.

You can walk towards the quay area leads you to the Naka Pier Chou Terminal. At this terminal you can catch one of the many cruises that tour around the Kobe Bay area as well serve lunches and dinners to passengers. 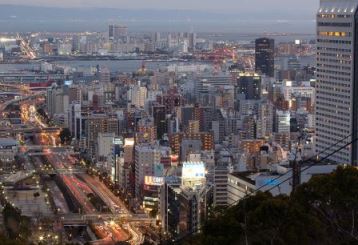 Meriken Park is a perfect destination for a day excursion, but if you can’t get enough of its beauty, you also have plenty of accommodation options in the area. The park is home to two popular hotels, the Hotel Okura and the Kobe Meriken Park Oriental hotel.

Just close to the park is the Harborland district, which offers fun and entertainment for tourists and visiting families. One of the highlights of the district is the Mosaic, which is composed of an amusement park and a shopping center. While in Mosaic, you will not only enjoy various exciting rides, you also have the chance to shop and dine at its numerous restaurants and cafes.

The Foreign Houses or Ijinkan is one of the Kobe’s most prized attractions. Just within walking distance from the Shin-Kobe or Sannomiya stations, Ijinkan houses were built during the 19th century by the foreign traders in the Kitano vicinity.

How many of you have been to Kobe Meriken Park and did you enjoy it?

Charles likes Ayurveda. He is learning about Japan