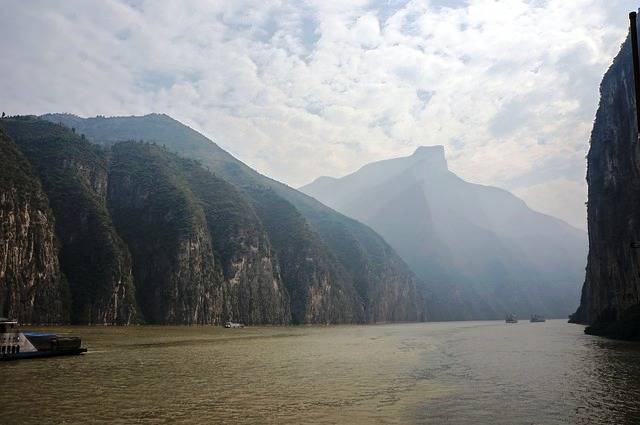 Yangtze River cruising is a great way to experience the beautiful Chinese scenery as well as visit the historical and cultural spots in the region. Aside from being the cradle of Chinese civilization and one of the country’s important transport routes, the Yangtze has been the inspiration for poets and painters for so many centuries.

The Yangtze is one of the world’s longest rivers stretching at a distance of 6,380 kilometers. A cruise through the river brings you to various landscapes adorned with high mountains, rich forests, crystal clear waterways, deep gorges, and towering rock formations, which have been in existence of thousands of years.

A number of Yangtze River cruises take the Chongqing to Yichang route because it requires the shortest time, and it features the most important sites around the river. The Chongqing to Nanjing route, on the other hand, is longer but it highlights the richest and most luscious spots in South China.  This route also gives you enough time not only to admire the magnificence of the river but also to learn more about the local history and culture. Victoria Prince Cruises offers one of the longest cruise routes, which begins at Chongqing and ends at Shanghai. It covers all the top spots in Yangtze including  Wushan, Mt. Huangshan and Nanjing, as well as maximizing your exposure to the various notable monuments and farmlands.

Chongqing is chosen by most companies as the starting point for the river cruise because of its remarkable natural scenery and many cultural relics.   The town is home to a couple of significant and well-preserved sites such as Wu George’s Twelve Peaks, Qutang Gorge, Zhangfei Temple, Quyuan Temple and  Dazu Rock Carvings. Another highlight of a cruise on the Yangtze is the widely known grand Three Gorges, which is situated in the upper section of the river.  The Three Gorges scenery is quite spectacular that just seeing it is worth going on the Yangtze cruise.

Other notable spots you will encounter during your Mekong cruise adventure include the ancient city walls of Jingzhou City; Yunyang’s Zhang Fei Temple; the Precious Stone Fortress; Fuling, home to the Xiao Tianxi Graves  and White Crane Ridge; and the Fengdu county also known as the Ghost City. The town of  Yueyang houses famous landmarks like Junshan Hill Yueyang Pavilion, and Dongting Lake. At Ziguim, you will find the Quyuan Temple and Fragrance Stream.

Mekong cruise ships typically are equipped with facilities and amenities that make the passenger’s stay more comfortable and relaxing.  While onboard, there are also several activities that you can engage in on top of musical shows and cultural presentations. One of the popular activities is the Tai Chi classes, a traditional martial arts discipline that is often used for exercise. Another common onboard event is the Chinese dumpling-making class, usually under the supervision of an experienced chef.