An Africa safari is a great adventure. One that’s a once in a lifetime event for most people. But there are some who fall in love with Africa and all it has to offer.

Safari Kay of SafariKay.com is one of those travelers who cannot seem to get enough of Africa.

She has probably been to Africa maybe 40 -50 times, with probably half the times taking groups on safari.

The other times she went to learn of the best places to go, the camps to use, the accommodations, etc. with other travel agents.

I took many photos while on an African safari in Tanzania in May and June 2010. You can see more safari photos on Safari Kay’s travel site Destined To Travel.

I also have a special safari site where I have large size images taken on the 2010 African safari.

Read below of some of the incidents we encountered on that safari that were annoying, but the safari itself was great.

It was even better than the 2008 safari I also went on with Safari Kay which all of us on that safari thought was really great.

Some of the large pictures from that safari are located on my temporary reunion site. 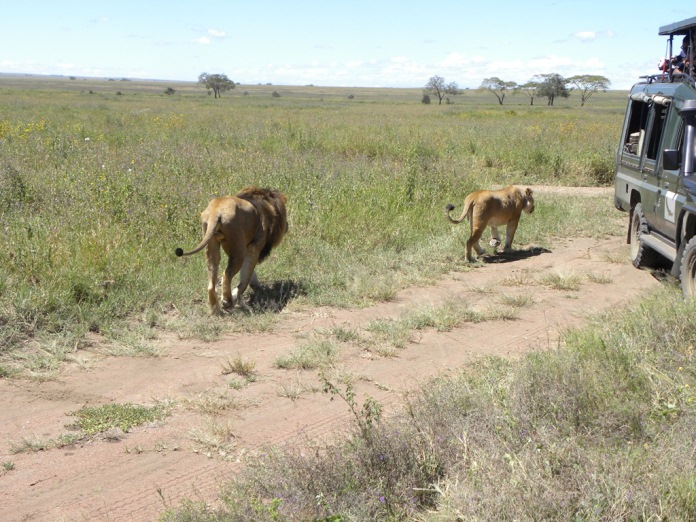 These two lions just finished mating. Taken on safari in the Serengeti in Tanzania, Africa May 2010

If you ever get the chance to go on an African safari contact Kay on the contact form of her travel site for more information.

There is also one of the itineraries of a previous safari for your info.

Each Africa safari is unique and all are custom tailored for the particular group. Kay takes small groups which she accompanies.

She now has a much cheaper, few day African safari where you volunteer to help some disadvantaged children in Africa she is offering which might appeal to the budget minded traveler.